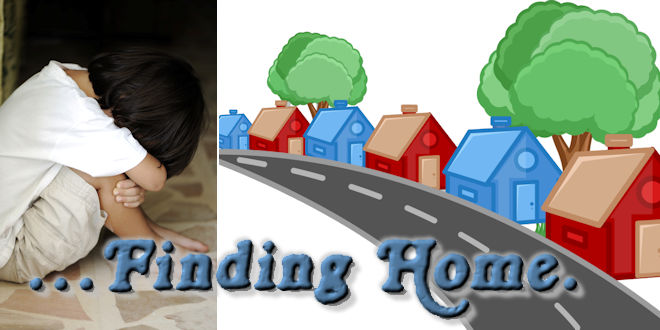 After an Abusive Relationship, Fresh Starts, and Finding a Home

“Intimate partner violence accounts for 15% of all violent crime.”

“An estimated 1.3 million women are victims of physical assault by an intimate partner each year.”

“1 in 3 women and 1 in 4 men have been victims of [some form of] physical violence by an intimate partner within their lifetime.”

“Women make up two-thirds of the nearly 20 million low-wage workers.”

There are many events that occur that causes someone – woman or man – to seek a new residence.

For some, those causes are joyful life-passages.  Graduating from school, starting a new career, or newlyweds selecting a place to call home.  There are millions of families or households every year that upsize, downsize, relocate, and so on.

But for others, there may be divorce or domestic violence that causes the need for a shelter or a safer residence.

Today’s Inside MH Road Show video interview subject could easily have been a sad story, with a tragic ending.

But as you listen to Holly Schneider tell you what a God-send her mobile home has been, you’ll see that personal tragedy has turned – for her – into something brighter.

Beyond listing to her words, watch her as she interacts with her neighbors.

Do you see her genuine joy?

Shouldn’t we spotlight those stories and options like her’s that result in a happier ending?

Holly’s neighbors come from a variety of backgrounds.  The one thing they all hold in common is their age group. They’re living in Highland Mobile Park, a 55 plus community in St. Petersburg, Florida that we first visited about a year ago.

Her neighborhood is a true ‘mobile home park,’ because almost every home there was built before the federal manufactured home construction and safety standards – the HUD Code – went into effect on June 14, 1976. Millions are surprised to learn that there have been no mobile homes built in the U.S. in over 40 years.

Some who live in Highland are “snowbirds,” seasonal residents who may live up north in the U.S. or Canada during the late spring, summer, and early fall, and then they “fly south” to sunny Florida for the winter.  Others like Schneider, live there full time.

On private property or in manufactured home communities from coast-to-coast, some 22 million Americans have found a home that makes sense for them.

While millions of manufactured home buyers could own a conventional house, they opt to save money on their housing, which allows them to do more in life.

Dye said that most of his award-winning location’s clientele are also over 50. They know what to look for in a home, and they recognize quality.

When it comes to older, pre-HUD Code mobile homes, hundreds of thousands of those have been updated.  Others, such as Holly Schneider’s, have had room additions added to them.

So, many older mobile homes now look and live much like their modern manufactured home counterparts.

Households of Singles, Couples, and Families…

While millionaires – the rich, famous and frugal – own manufactured homes, the industry can be proud of the fact that millions who own a mobile or manufactured home, may not have been able to afford any other kind of permanent housing.

When it comes to those who’ve

it’s comforting to see and hear a story with a positive outcome – like Holly Schneider’s story – at a place that is fittingly called, Highland.  ##

Share
Previous Habits to Make or Break for a Cleaner, Healthier Home
Next Congressman Andy Barr Speaks in Favor of Manufactured Housing, While Industry Controversies Brew