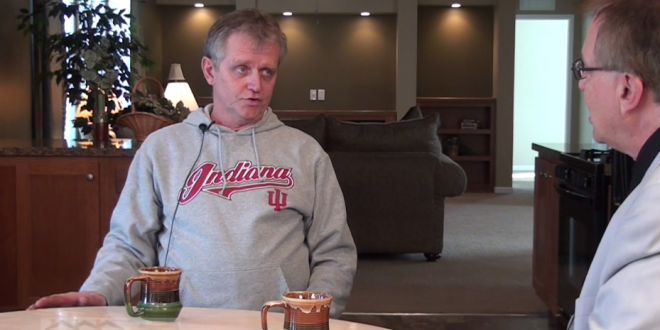 In the first leg of a recent swing through the Midwest to explore the modern world of manufactured homes (MH), we traveled with our videographer to Westville, IN. Among the locals we interviewed there was Wayne Hopper, who has been a builder and contractor for many years.

While I certainly have questions in mind when we begin an interview, frankly, you don’t know what will come up during a conversation! This is great, because we get comments and observations that are candid and unscripted.

Wayne is a great case in point, as he tells us in this interview thoughts that often go unmentioned when it comes to conventional ‘on site’ housing construction as compared to MH, that are built indoors in a factory. Most people talk about quality and savings with MH, Wayne brings you a different take – focused on conventional building “in the elements” – that may give many readers and viewers an ‘aha’ moment.

It is worth mentioning that the building site in this video was one in a nearby town, and is not Wayne Hopper’s work. I learned as we videoed the building site that the house shown under construction was started before the winter, and had been mostly idle for months. While this isn’t unusual, it made Hopper’s commentary come to life.  For those who don’t normally look at a building site, you’ll see why many call this form of conventional construction ‘stick building,’

New Durham Estates, where Wayne has been doing contracting for years, has been on our radar for some time now. As regular visitors to MHLivingNews.com know, we started a periodic series of Do It Yourself or ‘How To’ videos there with the Albers brothers ‘refurb and remodel’ team at New Durham Estates. We plan to return to New Durham for more ‘how to’ videos in the weeks ahead.

While there, it was natural for us to talk to the Fath Family, who own and manage the community, as well as some of the residents and local business people in Westville. So be on the lookout for those upcoming video interviews of manufactured home owners.  We’ll also be bringing you video and stories from other locations we visited during this same trip.

Through these video interviews, you and others can see the world of modern factory crafted homes and MH Community living through the eyes of those who know, live in and work in them. As they say in the media, stay tuned! ##