In his proclamation, Gov. Cuomo said, “With continued advancements in technology and increasing popularity among the general public, factory-built housing is expected to be a significant source of quality, affordable homes in the 21st Century.”

Nancy Geer, Executive Director for the New York Housing Association, provided ManufacturedHomeLivingNews.com this video tour of the Factory Built House on the Hill for 2014. ## 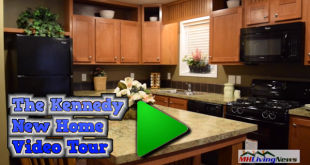