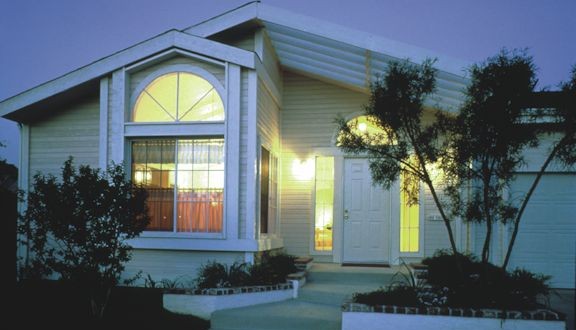 The news media routinely follows the mantra, ‘if it bleeds, it leads.’ Tragedies, death, damage, demonstrations and destruction tend to lead news stories, not their opposites of good news. How often does the media report all the quiet, peaceful neighborhoods in America? Isn’t it crime or other bad news stories that gets the lion’s share of attention? A recent news story by the WCTrib in Willmar, MN helps make the point that educators like Lisa Tyler are pointing out in their research.

To the credit of journalist David Little, the WCTrib’s recently did a story focused on a manufactured home community whose residents were happy under the new management of the Churchill Group of Carbondale, Colorado. Little’s report indicated residents were pleased when problematic residents were evicted and dilapidated ‘mobile homes’ that were no longer repairable were removed, along with a number of other improvements cited in a MHProNews review of the WCTrib‘s account.

But all too often, such stories get reported very differently.

For example, when one or more residents gets evicted, sometimes local media makes it sound like management is cruel and heartless. Why don’t more local media at least consider the often more accurate or balanced picture that enforcement of rules benefits the majority of those living there? Of course those who ignore common sense-rules or who fail to pay-as-agreed for services are willing to protest to the media or anyone else who will listen.

Kim Fedders, manager of Regal Estates East and West in Willmont, explained that most residents where happy and that some have lived there for 15 to 20 years. This echoes a study recently published by Foremost Insurance that suggested strong satisfaction among manufactured home owners, who keep their homes longer than those who live in apartments or conventional housing.

Regency manager Fedder’s said, “But now that we’re following procedure, everybody that comes in gets credit checked. Everybody that comes in gets a criminal check. If you don’t pass it, you don’t pass it. I don’t bend the rules and the tenants have responded. They’re so grateful. They want their community to look just as nice as I want their community to look. They’re open with us. They’re fair with us. We’re fair with them.’’

Local and state officials confirmed the improvements in the community under the new management.

Before and After photos from improvements at Colonial Heights,
courtesy MHProNews.

UMH Properties had a story featured on Colonial Heights, which they purchased and improved. In California, new ‘net zero energy’ manufactured homes are being placed in properties managed by Newport Pacific, creating waiting lists for those desiring to live in such homes in well managed MHCs. Blighted apartment complex pictured above was purchased by Clearwater, FL
housing program for over $550,000, before improvements were started.
Had the department used factory home building, more could have been done
for less and new residents moved in more rapidly. Photo credit, Google street views.

Blighted neighborhoods using conventional or rental housing can be seen in almost any city or town in the U.S.. Part of the appeal of manufactured housing land-lease communities is how much more rapidly and cost effectively they can have older houses removed and new homes installed. Time and money can both be saved, making affordable quality living available more rapidly in the process.

In June of 2011, Roberts Communities purchased an abandoned 491-space manufactured housing community (MHC) in Austin, TX. The property had been vandalized and became a blight locally. Scott Roberts, of Roberts Resort Communities, saw this as an opportunity in disguise. Over the course of 6 months, their firm invested $1.5 million dollars in the renovation and restoration of the community now known as Oak Ranch. Today, Oak Ranch MHC has a 6,500-square-foot amenities complex including a welcoming sales center, an active recreation hall, a child-friendly playground and a fitness center.

Be it improvements made by publicly traded companies, such as UMH shown above, private investors who buy and improve older MHCs, or resident owned communities as featured on National Public Radio (NPR), most community operators want good places for their residents to live.

In rural areas, buying a manufactured home and finding a place to site it is usually pretty easy. Some cities are encouraging projects like Broadway’s “The Stack,” or Cinncinnati’s CityScapes at the Mills of Carthage. But in a number of cities and towns, land-lease communities may offer the easier option for those looking for quality, affordable living.

Home shoppers should investigate and compare their options, while city planners and public officials need to be aware of the good news that modern modular and manufactured home living offers. Clear, open minded thinking and factory home building will ease the affordable quality living crisis that millions face in the U.S..##

Manufactured housing is much like other professions in this respect. Surveys reveal that most manufactured …