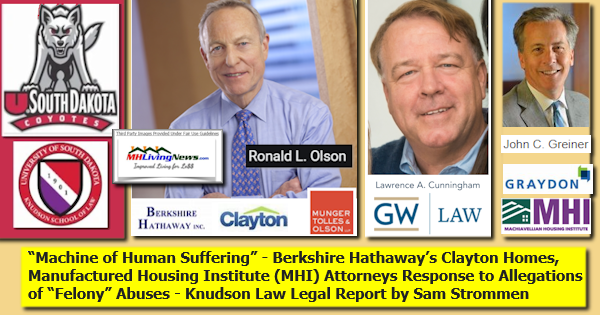 When housing is in high demand with limited supply, a natural result is that condition pushes prices up. The reverse is true too. When demand is low and supply is ample, then resale prices are lower. These facts matter to an estimated 22 million mobile and manufactured home residents, but also to other affordable housing seekers – namely, the 111 million Americans that the Apartment List says are living in rental housing.

Rephrased, suppressing demand is harmful to those millions of manufactured homeowners. Artificially depressing affordable housing harms those who long for their part of the American dream of homeownership.

As hundreds of thousands of manufactured home residents have learned the hard way, what should be a celebrated form of affordable home ownership has been turned on its head by so-called “predatory” tactics reported several times by MHLivingNews. One of those prior reports is linked below.

On our MHProNews sister site, the runaway most-read report month-to-date in February 2021 is the heavily documented allegations that Clayton Homes and other Manufactured Housing Institute (MHI) related companies are engaged allegedly engaged in “felony” antitrust, possible RICO, and other market manipulating maneuvers that harm consumers and independent businesses. The report by Sam Strommen of USD Knudson Law dubs these a machine that creates “human misery.” 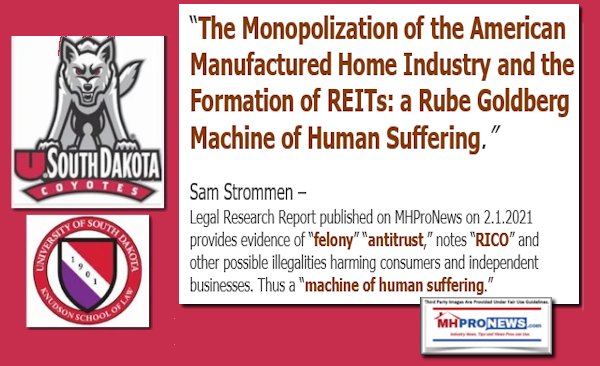 The problems Strommen has documented are logically an ongoing threat, continuously harm, and establish a Warren Buffett “moat” style impediment to millions of current manufactured homeowners, as well as tens of millions of potential affordable housing seekers. That report and related analysis is linked below.

Here is the inquiry sent, which BCC’d several other manufactured home industry professionals, public officials, as well as Kevin Borden of MHAction.

Here is the media inquiry to those attorneys. It will be followed by their ‘response.’

RE: Media outreach “felony” antitrust, other issues relative to Berkshire Hathaway and MHI

As you may recall, we publish the manufactured home industry’s largest and runaway most read trade media – MHProNews.com, along with our sister site, MHLivingNews.com. We are hereby requesting your comments or other reaction to the following report from Sam Strommen at USD’s Knudson Law.

We are hereby inviting you to email your response to these concerns. Please email those to me and indicate in your reply what is ON or OFF the record, and they will be so dealt with. We plan a follow up to the report above in the near term. As we believe you may already be aware of this, we request a timely response. 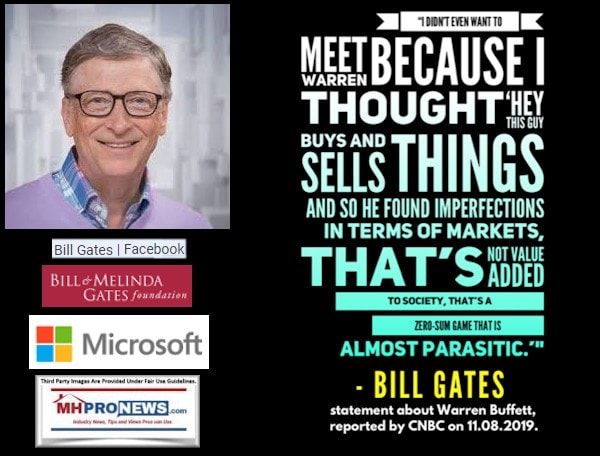 More specifically to the “felony” “antitrust” concerns raised, was this response by Chairman Buffett to the allegations about problematic lending practices in manufactured home lending by Berkshire owned brands.

Among those in the BCCs are Kevin Clayton, Tim Williams, and Eric Hamilton of Clayton Homes, 21st Mortgage Corporation, and Vanderbilt Mortgage and Finance. Others include, but are not limited to, industry attorneys, a few members of the mainstream media, two pairs of contacts we have with Democratic and Republican state Attorneys General, other congressional, federal, nonprofits, consumers, and industry professionals.

Kevin Clayton’s comment below also arguably sheds light on the antitrust concern that the research paper has raised.

That quote comes from a video interview the transcript of which is found at this link below.

Given that Democrats are in power in Washington, D.C. the following quotes shed light on the issues that Mr. Strommen’s research paper raised. 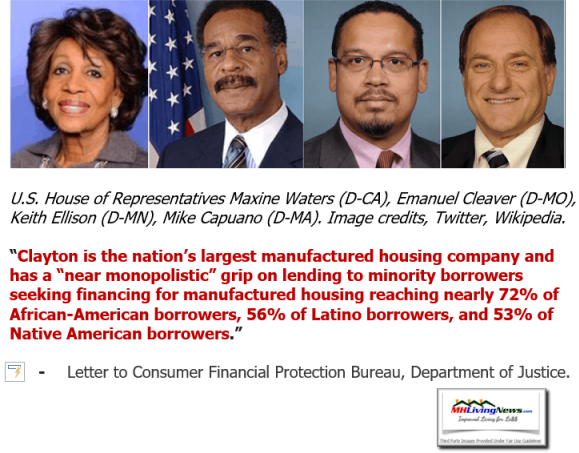 These following quotes are from the Democratic National Convention platform positions in July 2020.

“Democrats are concerned that the increase in corporate concentration across a wide range of industries…[that] could be stifling competition and innovation and creating monopoly conditions that harm consumers.”

“Homeownership is at the center of the American Dream—and yet it has never been in reach for all.”

“Democrats believe the government should take aggressive steps to increase the supply of housing, especially affordable housing, and address long-standing economic and racial inequities in our housing markets.”

An objective look at these various topics should make it clear that pro-consumer Democratic and Republican public officials should be keenly interested in the implication of Mr. Strommen’s antitrust and related RICO, etc. research.

Your feedback on this are invited by email, as noted above.

Two days after the confirmed inquiry, it would be easy to say the response was ‘silence’ or ‘crickets.’ But that would not be entirely accurate.

Rather, the Berkshire-Clayton dominated Manufactured Housing Institute (MHI), which a Democratic lawmaker’s staffer described as “anti-consumer” in comments to MHLivingNews, sent out an email to their readers that failed to mention that controversy or others in the industry.

That is arguably the ‘red herring’ or ‘artful dodge’ method of distraction at work.

Keep in mind Clayton-backed MHI hired John Greiner specifically told MHProNews he was being paid to monitor our publication. Greiner and others connected with Berkshire Hathaway owned brands are per our sources routinely monitoring our publications.

These are logically a threat, harm, and impediment to millions of current manufactured homeowners, as well as tens of millions of potential affordable housing seekers.

It is worth noting that for weeks on end, the runaway most-read report on MHLivingNews is the report linked below.

That report and related analysis is linked below.

While that and other steps from MHI, Greiner and their corporate masters are arguably thinly veiled intimidation tactics, it is also an “over the target” reaction. If they did not feel that certain articles and reports being published here on MHLivingNews and on MHProNews were a threat to exposing them or worse, they would not bother hiring an attorney to read what we publish, would they?

People like attorney and professor Lawrence Cunningham are arguably trying to dress up the harm caused by Berkshire, their brands, and MHI. But it does not take a lot of research to reveal that their clients have – per Strommen’s research and that of others – caused serious harm to untold numbers of Americans who desire their part of the American dream.

To learn more, click and read the linked related reports above and below. Keep in mind that there are ‘white hats’ in our profession as well as ‘black hats.’ If you do your homework, you’ll figure out who the black hats are and who the white hats worth doing business are.