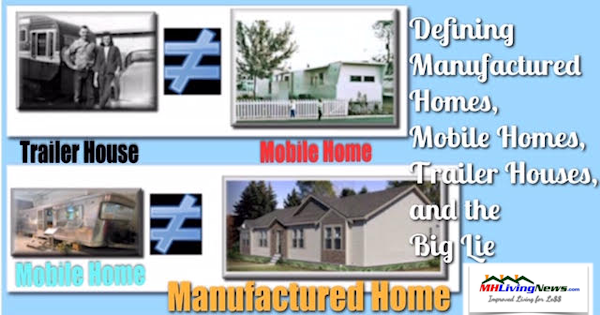 An article published on July 23, 2018 in Psychology Today explained the proper way to correct false or misleading information.   Start with the truth, put the problematic or deceptive claim in the middle, and end with the truth again. They said it is known as the #TruthSandwich.

Setting aside the partisan nature of their article, the balance of the material is insightful. As Wired reported on February 11, 2017, “Want to make a lie seem true? Say it Again. And again. And again.”

That technique of the ‘big lie’ was historically made famous by Adolf Hitler. Hitler’s propaganda minister, Joseph Goebbels, said this troubling formula for spreading lies.- “If you tell a lie big enough and keep repeating it, people will eventually come to believe it. The lie can be maintained only for such time as the State can shield the people from the political, economic and/or military consequences of the lie. It thus becomes vitally important for the State to use all of its powers to repress dissent, for the truth is the mortal enemy of the lie, and thus by extension, the truth is the greatest enemy of the State.” So said the Jewish Virtual Library, citing Think Exist.  Note that the last point from Goebbels is potent, the truth is the way to defeat the big lie.

In America, we’ve sadly seen this play out in various ways and degrees for decades, but perhaps with increasing tempo in the last few years. Set up an echo chamber effect, have several people repeat the same talking points, and soon many people will believe whatever they want to claim. That can subtly also be achieved by big tech, as will be shown further below.

Before looking at that, let us test out this theory of the #TruthSandwich for a few moments.

1)  Manufactured homes are routinely stronger than typical conventional construction. If that flies in the face of those who think, don’t they blow away with the first wind? The answer is rarely, as the statement by third-party researcher Scholastica ‘Gay.’ Cororaton, Certified Business Economist for the National Association of Realtors said after her seminal research in 2018.

·        More facts on that hot topic of windstorms, mobile and manufactured homes – including a powerful video evidence – are found at this link here. A National Weather Service expert is among those cited.

2) Manufactured Homes can increase in value at the same rate and under the same conditions as conventional housing does. But isn’t the common thinking that manufactured homes depreciate? The fact that someone can lose money on a house is true for all housing. But given a good economy, available financing, the condition and location of the home, and proper promotion, a manufactured home can be a good investment that gains in value over the years.  Once more, Cororaton’s research in 2018 and that of the Federal Housing Finance Administration also in 2018 are among the sources that prove that point.

The ways that public perception can and are being manipulated are both subtle and obvious.  This video below has nothing – directly – to do with manufactured housing.  But it addresses the power of tech giants to manipulate search results. The speaker, Dr. Robert Epstein, is the former editor-in-chief of Psychology Today.

Frankly, on several search results, MHLivingNews already ranks high.  We aren’t publishing this article to complain about a specific search experience of our own.  Rather, that video and the one that follows are to spotlight one of several ways that information and impressions can be manipulated. While the video is shown by Prager U, it appears to be based upon CSPAN footage. As we often note, we source across the left-right divide, and our citing a source isn’t meant to apply agreement with any problematic issues related to that same source or person.

The second half of this next CSPAN video also has Dr. Epstein.  It was his response to a question by Senator Ted Cruz (TX-R) that followed his comments shown above.  So the two videos are like bookends. Dr. Epstein is an expert in such issues. Again, while the topic is politics, keep in mind that this could be any subject, including housing or others.  You’ll see further below why this issue about Google matters.

Let’s note as a disclosure that we have strongly held views on public policies, and that these views are not based on party politics. We are political independents. This past week, we contacted and reported on Democratic and Republican lawmakers, for example, on issues that we agreed or disagreed with their positions, based solely on policy. We’ve said for years, and will continue to stress, manufactured homes should be a non-partisan or bipartisan issue. We may agree with a public official or lawmaker on a specific topic, but disagree with that same person on others. The test is always the facts and evidence. 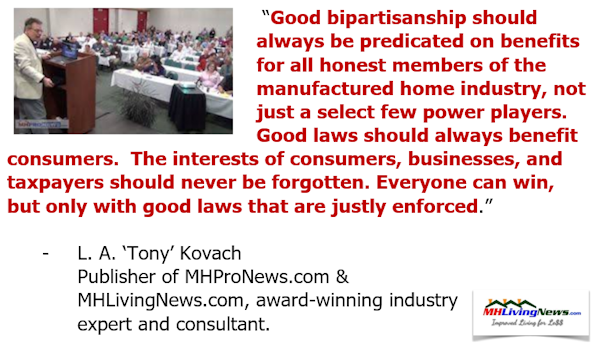 A fine example of that is the report linked below.  The lawmakers’ comments published in that report are fairly brief, based upon facts and research, and are therefore worth reading.

Definitions Aren’t a Matter of Opinion

The definitions for a mobile home and manufactured homes are legal ones, not advertising, as Google claims.  See the screen capture, below. 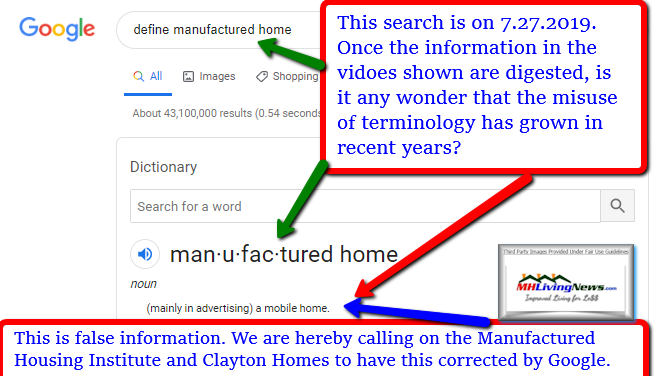 As the references herein and linked demonstrate, manufactured homes are safer, stronger, appealing, energy saving, and durable.  They must be, because they are transported. The video interview below with a professional whose career spanned the trailer house era, into the mobile home era, and now into manufactured homes is therefore instructive.

The terminology has been shifting from more correct to less correct for several years, as this graphic of research by Foremost Insurance reflects.

Right or wrong, terminology impacts people’s perceptions of manufactured homes. So, this isn’t just trivia. This matters to millions of people.

The National Fire Protection Administration (NFPA) produced these next two graphics and statements, after their own research. A report on that topic – linked here – says manufactured homes are safer than mobile homes and are safer than conventional housing against fires.

Let’s close with simplicity.  Trailer houses were built starting in the 1930s. By the 1950s, there were mobile homes. Starting on June 15, 1976, there were no more mobile homes being built, only manufactured homes.

These are definitions as shown.

It is a disgrace that a relatively few people with tremendous economic power in tech and business can propagate and perpetuate false and misleading information, for whatever reasons.  I raised this issue with the Manufactured Housing Institute (MHI) several years ago, obviously, to no effect. I was a member of MHI at the time. One call from Warren Buffett to the head of Google could fix this, right? Clayton Homes is MHI’s biggest member, right? The fact that call to fix this Google error hasn’t already been made should raise eyebrows, if not concerns, shouldn’t it?

There is an affordable housing crisis.  Misinformation about manufactured homes abounds. There are many causes to manufactured housing being misunderstood, this is arguably one of them.

The antidote to misinformation is the #TruthSandwich. Count on us to bring you the facts, back them up with evidence, and then respectfully request that you share that evidence by sharing the link to this article with others.

“We Provide, You Decide.” © (Lifestyle news, fact-checks, reports, and analysis. Any third-party images and content that may be shown are provided under fair use guidelines for media.)

L. A. ‘Tony’ Kovach is co-founder of MHLivingNews and MHProNews. Don’t take our word for it, see what hundreds of others have said about this highly acclaimed industry expert and consultant, and is a managing member of LifeStyle Factory Homes, LLC. His work has been cited by the National Association of Realtors, in third-party academic research, by the mainstream media, and by the federal government. He has more followers by far than the Manufactured Housing Institute on LinkedIn, see that at this link here. Kovach is a 25 plus year award-winning manufactured home industry professional. Kovach earned the Lottinville award in history at the University of Oklahoma, among several other professional and academic honors.