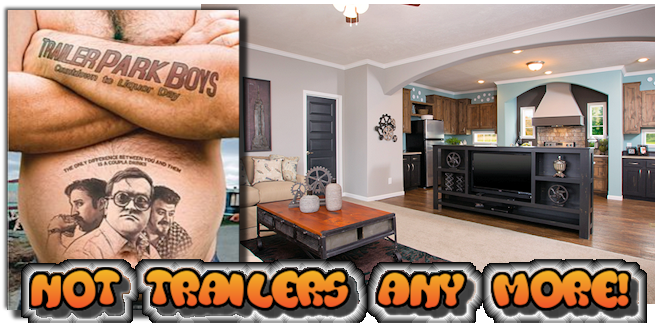 Al Kemp, the Executive Director of the Manufactured Home Park Owners Alliance of British Columbia has an important message.

When talking about them to the public, or to elected officials, that’s the first item that Kemp likes to clear up. Instead of the stereotype of a “trailer,” he says that this is the solution to affordable housing.

“Quite frankly,” said Kemp, “[the Netflix TV series] Trailer Park Boys did a lot of damage to our industry. Because those who thought trailer parks were full of trailer park trash, had it confirmed by them.”

According to Kemp, strict Canadian building code standards ensure that manufactured homes are strong, energy saving and that mass producing in a factory controlled environment makes them more affordable than most other housing options.

“On average, you can find an existing manufactured home in a nice community for 50- to 100 thousand dollars, plus pad rent of 350 to 500 dollars a month,” said Kemp.

“It’s a better option for a young couple than a condo,” says Kemp, but the same could be said for retirees or those in between.

Kemp and their association are not alone in seeking to bring better understanding to the public about modern manufactured homes.

Manufactured home owners MHLivingNews has interviewed over-the-years routinely love their homes and are proud of them.  From university students, working class, retirees, middle class and frugal millionaires, manufactured homes make for a great option for millions on both sides of the U.S. and Canadian border.

Even armed with information, the challenges with stereotypes feed another problem – availability.

“That’s partly because many municipal governments have the same ‘trailer trash’ stereotypes in mind. That translates into new parks [sic] not being built, and existing ones being pushed aside for the development of something else, like condos,” said Kemp.

“I can remember talking to the mayor from a small town in northern B.C. at a convention… and I asked him: ‘How many manufactured home communities in your town?’ And his answer was, ‘There’s three and I’d like to get rid of all four.’ That’s pretty hard to overcome.”

While these challenges are tough, Kemp does remain hopeful.

MHLivingNews has covered the challenges – and solutions – around manufactured housing extensively, including:

Some in the U.S. are seeing success with educational efforts presented to municipal officials, and are thus getting the green light for new communities. One recent example of a developer with other manufactured home communities getting an okay for a new location is linked here.

In the article linked above, Scott Roberts of Roberts Resorts said in part as follows.

“Manufactured housing offers one of the best affordable housing option to hard working families but for our industry to break the negative stigma; we need more developers willing to develop communities that are comparable or better then competing site built developments. We are developing our next 600 lot manufactured home community in Austin to crush anything that site-built developers have to offer. When we go back to the city of Austin for another zoning case, we hope to use this development as our new case study of how great manufactured housing can be.”  ##

Submitted by RC Williams to ManufacturedHomeLivingNews.com.