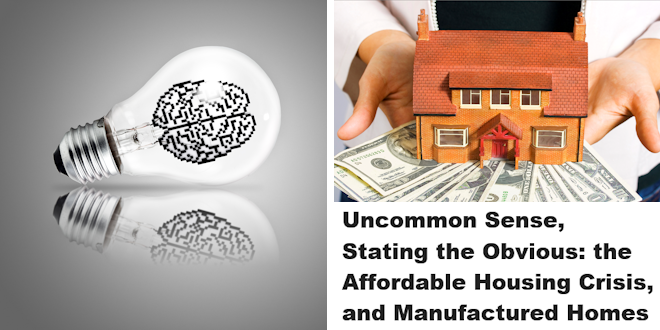 Many don't realize that you can get 2 or even three level manufactured homes, as the photo collage below illustrates.

As we approach Christmas and the start of a new year, let’s do something that’s both old and new.

Let’s dust off some common sense.

Or as some may quip – tongue-in-cheek – as uncommon sense.

Manufactured homes aren’t weaker than standard conventional housing, they are as strong or stronger.

Two videos with award wining professionals prove that point, by using common sense and actual video footage, to the realities vs. the stereotypical myths.

The first video above, is with award winning industry veteran, Dick Moore.  His company has sold factory built homes for decades – reportedly totaling some 27,000 homes.

Moore has been a first hand witness to that evolution from trailer houses, to mobile homes, to manufactured homes.  Then, there’s this video below, which notes you can pick up a factory-built home with a crane, and it holds together.  What conventional house can you do that with?

Another interview video with an engineer and his wife who bought a modern manufactured home makes a similar point.

The first video is “a walk down memory lane,” and takes a viewer in just minutes through the evolution of factory-built homes from the genuine trailer houses made decades ago, into the mobile home days, and then into manufactured home era. 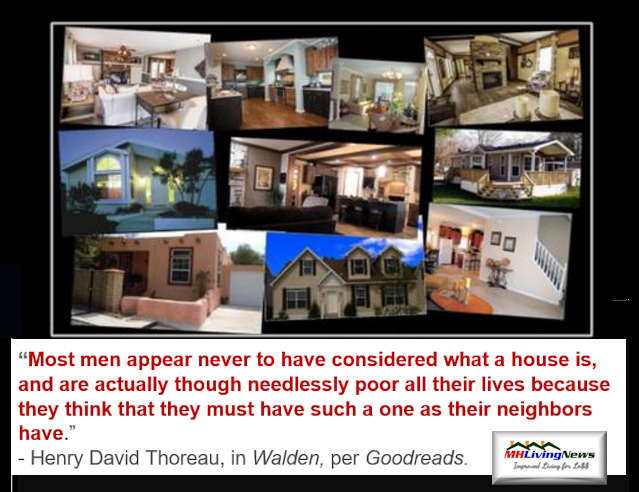 Then there is the uncommon sense found in this video interview with award winning Stan Dye, shown above.

Each video and link provided are a powerful lesson, as told by the unscripted and unpaid comments of those being interviewed.

Each one tells a true story, that third-party research has confirmed.

As we wind down 2017, we wish our Jewish friends a happy Chanukah, and wish our Christian friends a Merry Christmas. To them and all others, from our family to yours, we wish everyone a happy and prosperous new year. ## (Manufactured home news, lifestyle, affordable housing, commentary.)