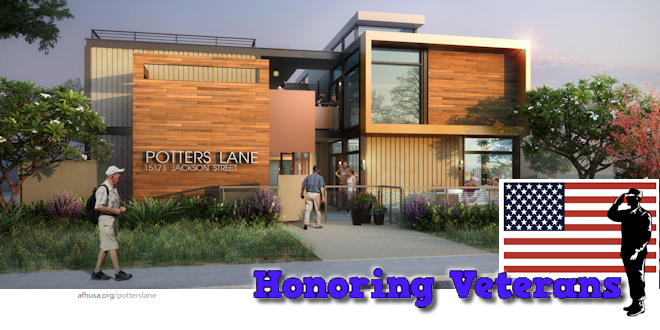 Container-MODs Once Moved Cargo, Will Now Provide Homes for Veterans

In Midway City, California, American Family Housing and GrowthPoint Structures have come to the rescue to help house the area’s homeless veterans.

Potter’s Lane, which consists of 16 studio-apartment units refurbished from cargo containers, is said to be the first example in the nation of a multi-unit permanent housing complex fashioned in this way.

“Thinking outside of the box is what we have to do to get these veterans housed,” said Timothy Wilson of the Department of Veterans Affairs in Long Beach, speaking to a crowd of about 300 visitors at the unveiling of the nearly completed complex.

Per the OC Register, the “box” at Potter’s Lane is each of the 8-by-20-foot containers that once transported dry goods to California ports but have been converted into insulated living quarters by the Los Angeles-based GrowthPoint Structures. Three modified containers make up each studio apartment.

As regular MHLivingNews readers know, there are many forms of prefabricated housing being used in the U.S., and around the world, today. Manufactured homes, modular homes, and other forms of engineered structures built or modified in a factory have proven their worth in greener, less costly and more rapid construction.

Fifteen of the sixteen units are set for homeless veterans, with an on-site manager occupying the other unit. Amenities include a common room, a central patio with a barbecue and a garden with raised beds to grow vegetables. The VA and non-profit Orange County’s Illumination Foundation will subsidize rents and provide wrap around services.

“Oh, I love it,” said Paul Leon, Illumination Foundation founder and president prior to the start of the event. “I feel this is going to be the campus model.”

James “Jimmy” Palmiter, a Vietnam War-era veteran who served stateside, took his first look at the fully furnished units in the complex during the event, and was floored.

“I can’t believe all the stuff they put in there,” said Palmiter, who moved last month from his van into temporary quarters at American Family Housing’s main building.  The compact designs remind some of the popular tiny house movement.

“Did you see the coffeemaker? It’s gigantic.”

Donna Gallup, president and chief executive of American Family Housing, reflected her pride in the project in her comments during the event.

“Who would have guessed that Orange County would be the leader in this nation, on this front?” said Gallup. “But, we are.” ##

Submitted by RC Williams to ManufacturedHomeLivingNews.

The First Mobile Housing? Gathering Together to Give Thanks 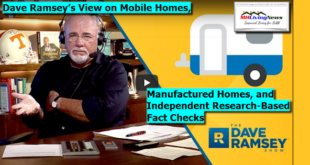 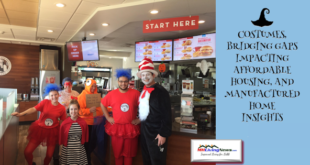 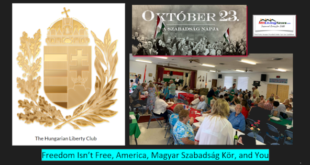