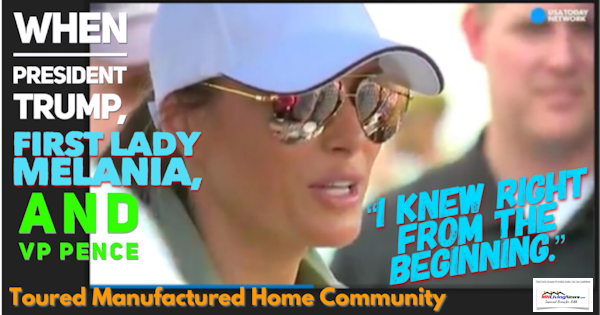 “Best vote ever,” said one manufactured home resident as he took a sandwich, water and thanked President Donald J. Trump.

“I knew right from the beginning,” said another resident in the Naples, Florida manufactured home community as he shook the president’s hand, and thanked him. 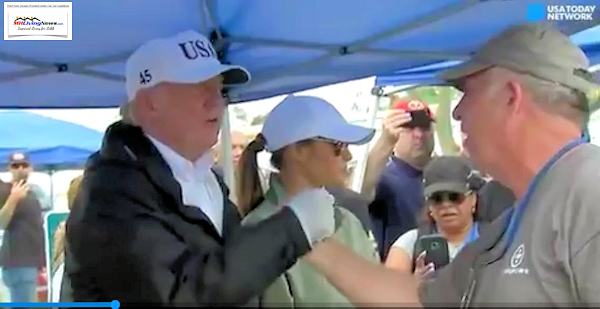 Vice President Mike Pence, Senator Marco Rubio (FL-R), and Governor Rick Scott were among the other federal and state officials – who along with FEMA and law enforcement – came to show solidarity and support to those Naples residents in the wake of the 2017 Hurricane Irma. 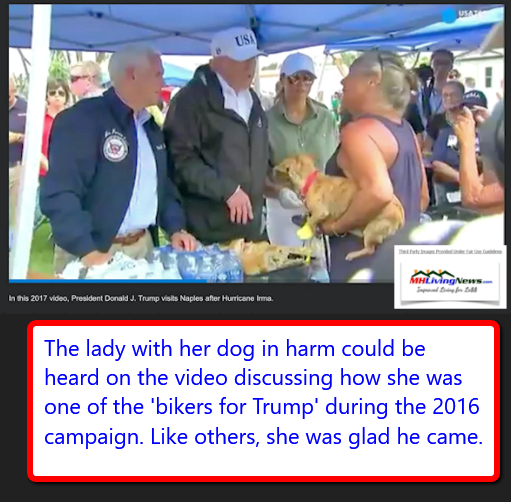 Vice President Mike Pence comes from Indiana, which is known as the birthplace of what started as the mobile home industry, and evolved into manufactured housing. Our sources in Indiana tell us that VP Pence knows our industry, and the correct lingo.

“These are special, special people,” President Trump said at one point as he walked through parts of the community, “and we love them.”

The power was out, as was true of the neighboring apartments, and nearby conventional housing or commercial locations. There was damage to older mobile homes, awnings and add-ons were lost.  But the newer manufactured homes fared quite well. We have separate videos and reports on that topic which reveal the survivability of a properly installed manufactured home during a windstorm, see the related reports further below for more details.

But the fact that you see manufactured homes in the video below that survived this hurricane speaks volumes.

The New York Times and MHProNews both reported in 2016 that the President did well among manufactured home owners during the election. The meet and greet in that Florida manufactured home community suggest his supporters are still happy. 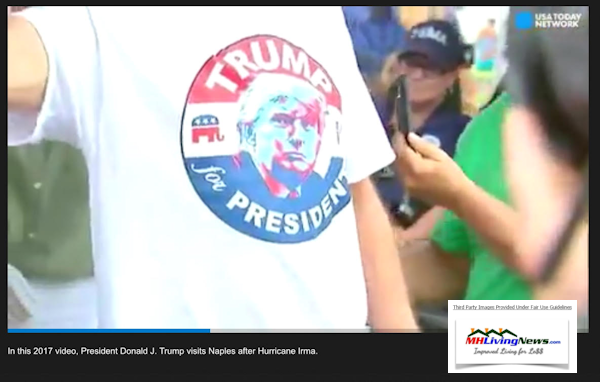 Manufactured home residents are routinely among the cross-section of the population that attend a Trump Rally in states from border-to-border.

Sometimes pictures, a few words, and some video captures a feeling that can’t be reflected as well with thousands of words.

Being there, the show of solidarity, these are simple gestures that can inspire hope when it is most needed. Sure, it can be political, but it is also reality. It was the right gesture, much needed, given at the right place and time.   We plan another look at the president and this tour in a future report. ## (Mobile and manufactured home lifestyle news, analysis, commentary.)

(Third-party images and content are provided under fair use guidelines.)

When housing is in high demand with limited supply, a natural result is that condition …