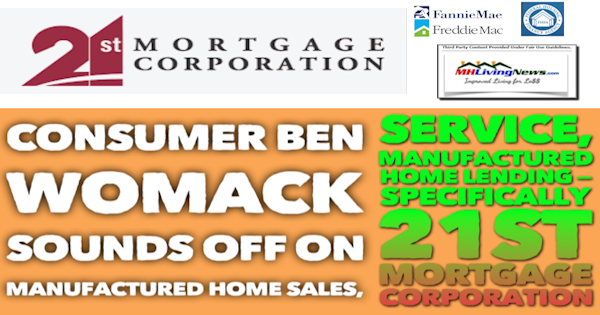 Ben and his family have lived in manufactured housing for some years. He recently bought a new manufactured home.  In his view, he has been lied to repeatedly by the sales person as far as delivery dates and other issues were involved. That said, Womack said he and his wife love the floorplan and home that they bought, if it were not for the hassles.

Womack reached out to MHLivingNews by phone a few weeks ago.  He was doing online research about how to best address the problems he was experiencing and found the article linked below.

To be clear, Womack did not by a Clayton Home. But he said that they did use 21st Mortgage Corporation lending. 21st and Clayton Homes are both owned by Berkshire Hathaway. They are sister brands, as is Vanderbilt Mortgage and Finance. More on 21st later.

Ben’s email history to MHLivingNews dates back to June 24, 2021. So as of this date, there are about 3 weeks of emails. Womack’s messages include photos, facts, and other illustrations upon which his allegations that support his claims about poor service, deceptive sales tactics, and more.

Ben gave us written permission for us to use any of the items he has sent.

One of those early emailed messages from Womack, which was address to “Ben” at the retail center, copied his factory, and also copied MHLivingNews. That message from Womack said the following to his salesman.

“We are over 7 months into it now. I had a trip planned for Jan 19, and you were adamant that we would be close to wrapping things up by then.  Here we are nearly July.  Your schedule just keeps falling through.  I am sorry, but I can’t just sit by and watch from the sidelines any longer.  This has cost me a lot of money.”

There are pages of messages, photos, facts, and more evidence from Womack. But that brief example illustrates why Womack think he and his wife have been repeatedly lied to and deceived.

After his messages to the seller and factory – which are independent of each other – which copied MHLivingNews began to communicate about this homebuyers issues, Womack said he rapidly began to get results. First, the long delayed delivery occurred. Then service issues began to be resolved. Sometimes, the squeaky wheel gets the grease. When MHLivingNews asked Womack today if the long-delayed delivery, installation, and service on his home began before or after his outreach that copied MHLivingNews in his messages, he was short and to the point.

“They got involved after i reached out to you, and started including you in all my correspondence.. Please don’t wonder if I was using you to get to them.. KNOW for and absolute certainty that was the case.  I needed advice, and there is no better source of advice than you.  These people know that.

If it had to get ugly, you have seen it before, and I can imagine hardball wouldn’t be fun for them if you were pitching.

Womack has mentioned interest in doing a class-action type of lawsuit against 21st Mortgage. He says he has other 21st customers he knows that have their loan with him. Time will tell. Recent CFPB research makes it clear that the apparent failure of certain federal agencies has led to the dominance of Clayton affiliated lending.

In response to this report linked below, Womack sent the following message.

While Womack’s full email is much longer, this is how the email opens up. Note that Womack is a professional tradesman who deals with other professionals. He has no apparent problem with self-expression. The typos (we get them too, especially in an email) are in the original.

Very interesting indeed.  It was a frustrating process getting approved for a loan.  No banks wanted to help me with a “New” Manufactured Home, at least not with comparable interest rate to a site built home.  Rates were under 2% everywhere you looked for new site built homes, or for any home (site built or Manufactured) that was real estate (real property).  My friend who is a banker, came back with a 11% rate.  21st offered 5% up front, and it was a slap in the face at first.  My credit is over 820, and i was expecting a 2% rate.  Wasn’t happening.  Took me a long time to digest that, i finally had to go back to 21st with my tail between my legs and accept their offering.  I can not understand why banks will not finance these homes if they are set up as real property, and tied to the property just like a site built pier and beam home.  But trust me, they wont.  You are correct, this is a monopoly, and i will tell you now.. the issue your reporting on and writing about goes hand in hand with the issues I’m going thru.”

In fairness to all manufactured home lenders, when a loan is a personal property (home only or “chattel” loan), there are costs and risks that have to be accounted for that are not present with a land-home mortgage deal. So, a higher interest rate is to be expected. When this writer was selling manufactured homes, that would be explained to prospective customers. Once a customer understands, and they realize all of the dynamics, most people are reasonable.

That said, there is little doubt that interest rates could be lower on personal property/chattel loans too. That is part of the reason that the Congress enacted the Duty to Serve Manufactured Housing as part of the Housing and Economic Recovery Act  of 2008. 13 years later, the FHFA, Fannie Mae and Freddie Mac have arguably still not properly implemented that law, as Womack and others could attest.

Womack seems to be heading toward resolution on his home –  he says – because he got MHLivingNews involved. Those are his words, not ours. He found our publication and name carried weight with the retail seller and the factory too. As Womack knows, we reached out to the factory in a manner that made clear that we are not formally representing Womack in any sense. But we politely suggested that to the factory that they get involved and take care of this customer promptly. Apparently, per Womack, the factory is in the process of doing so.

Let’s note that Womack’s statements should be understood as his opinions; but they are evidence-based allegations.

Let’s note too that MHLivingNews is not organized as a nonprofit or consumer advocacy group that is getting funded by someone else. We are politically and otherwise independent publishers. Client work and sponsors make our work possible.  But no sponsor asked for or was in any way directly involved in this report. MHLivingNews may periodically weigh in when we time and the evidence suggest it is potentially helpful, and solely at our own discretion.

What happens next for Womack is anyone’s guess. But at this time, the factory seems to be addressing this homebuyers’ issues.

There are several takeaways. One, is that even a factory with a good reputation can be sold by a retailer (or salesman) that is purportedly deceptive.

It is thus useful for manufactured home buyers to go in to a retailer armed with understanding.

The reports and videos linked above and below were third-party interviews done by Pissed Consumer, a large-pro-consumer business reviews website.

Manufactured homes are a fine option. As prior reports have indicated, there is no ‘bad news’ that has happened with a manufactured home that doesn’t have a similar counterpart in conventional housing. For every bad news report, the case could be made that there are numerous – far more – good news and happy customers reports. Overall satisfaction with manufactured homes are high. That is per third-party researches surveys.

The good news is that with affordable manufactured homes, there is a consumer dispute resolution process for service, installation, warranty and other issues. Consumers can access that process without the need for an attorney. There is nothing similar on the national level with far more costly conventional housing.

When this writer personally sold manufactured homes, with salespeople trained/managed, or with clients that we have worked with over the years, we stress that candor and timely feedback are important to consumers. Customers sooner or later figure out that they are getting what Womack called “BS.” Not many want to be lied to, much less get lied to again and again.

It pays to shop wisely. For your planning, until the current new order backlogs from many factories are reduced, expect lead time on any ordered manufactured home to take weeks if not several months. Customized orders may take longer, find out from your seller. Get everything promised in writing. Allow for weather or other delays. But when you feel you’ve been deceived, there are legal options that may not require hiring any attorney. It is always good to tap into those consumer-advocacy options first.

Shop ahead. Do your homework on your seller. Get everything promised reduced to writing. Those tips will prove priceless. ## 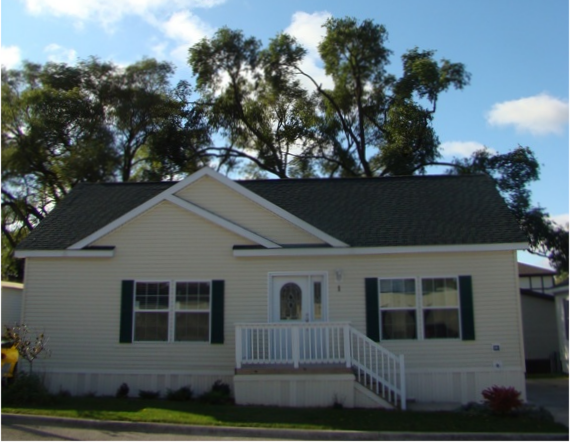 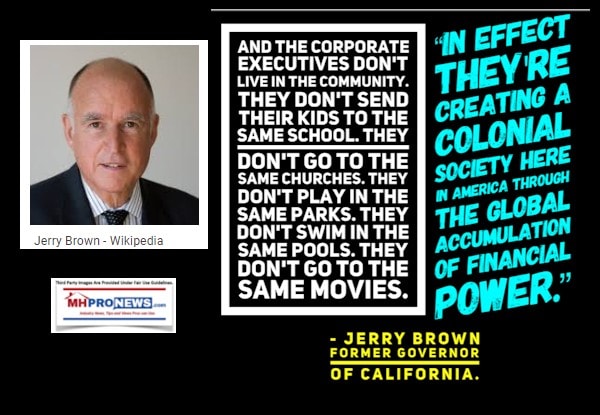 We lay out the facts and insights that others are too lazy, agenda driven, or are otherwise uninformed to do. That’s what makes our MHProNews sister site and this location the runaway leaders for authentic information about affordable housing in general, the politics behind the problems, and manufactured homes specifically. That’s a wrap on this installment of “News through the lens of  manufactured homes and factory-built housing” © where “We Provide, You Decide.” © ## (Affordable housing, manufactured homes, reports, fact-checks, analysis, and commentary. Third-party images or content are provided under fair use guidelines for media.) (See Related Reports, further below. Text/image boxes often are hot-linked to other reports that can be access by clicking on them.) 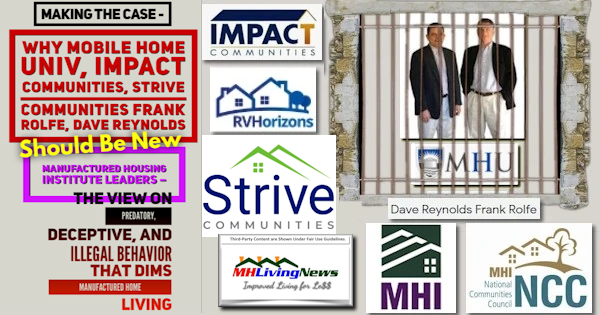 Multimillionaire performer Kid Rock has been featured several times on MHLivingNews. He defies the stereotypes …