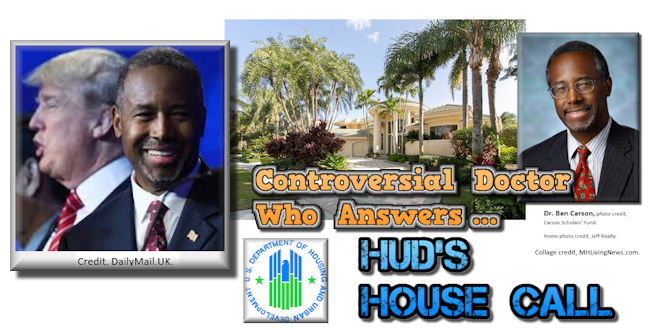 Home shown is that of Dr. Ben Carson, who put the home on the market shortly before announcing he accepted the president elect's offer of being the next HUD Secretary.

“Very poor choice! … This revolutionary thought process [that] our U.S. Government should be run by folks that have at least a bit of history leading a mohair governmental agency such [as] HUD. Very disappointing!”

“This was a very smart choice. Dr. Carson has a unique and first-hand perspective having been born and raised in the inner city. His life story, background and accomplishments will allow him to better understand the challenges and needs of HUD and the American people more than most.”

Titus Dare is all-in on affordable housing.  He is a long-time believer in factory-crafted – as well conventional – housing.

But Dare isn’t at all fond of President-elect Donald J. Trump’s pick for the role of HUD’s Secretary.

By contrast, a growing number of manufactured housing professionals are hopeful-to-motivated by the election of Trump, and his pick for HUD Secretary.

Glisson said they “are hopeful that President-elect Trump and soon-to-be HUD Secretary, Dr. Ben Carson, are committed to sensible regulation for manufactured housing and all home lending.”

Glisson told MHProNews that “…the past 8 years have brought us regulations that have burdened our company, and increased the cost of lending to our borrowers who can least afford it. From our viewpoint, we cannot see how many of these new rules and regulations are doing anything to protect the borrowers.”

The Impact of the Growing Affordable Housing Crisis

Much of the wealth for most Americans is found in their home. Unlike renters, home buyers are creating equity for themselves. By contrast, renters are building value for those who receive their rental housing payments.

But as single and multi-family housing prices are steadily increasing – and with rents also rising rapidly in many markets – it’s getting harder for millions to see how they may ever buy and own a home of their own.

So, it’s no surprise that home ownership has fallen significantly in the 8 years since the housing/mortgage crisis struck in 2008.  This is one of several things the incoming Trump administration would like to correct.

Housing is an obvious necessity. The Corporation for Enterprise Development (CFED) is a Washington, D.C. based nonprofit organization that points to the fact that buying a home is one of the most secure paths for millions to lift themselves up from poverty or modest means towards increasing prosperity.

CFED is also pro-manufactured homes, because they are a prudent option for millions to become home owners, many of whom may be stuck renting otherwise.

Housing Programs and Financing Impacts the Value of all Housing

So the person in overall charge of the housing and finance programs administered by the Department of Housing and Urban Development (HUD), which:

matters on a practical level to virtually all Americans. 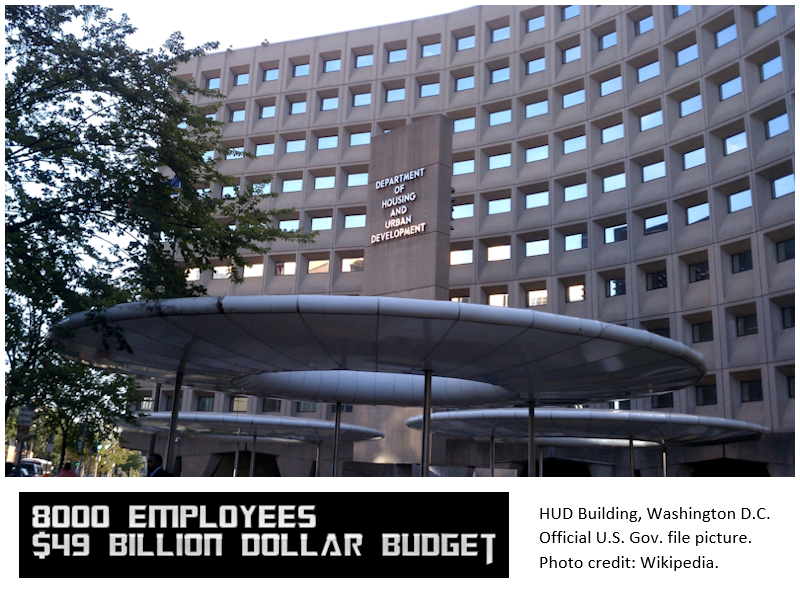 To emphasize, the value of all housing – single family, multi-family, and manufactured homes – can rise or fall, based upon the impact of federal policies.

But Daily Business News writer R.C. Williams reported that “Out of the last five or six HUD secretaries, you could really only point to two of them who had direct housing experience,” said Brian Montgomery, HUD assistant secretary under President George W. Bush. 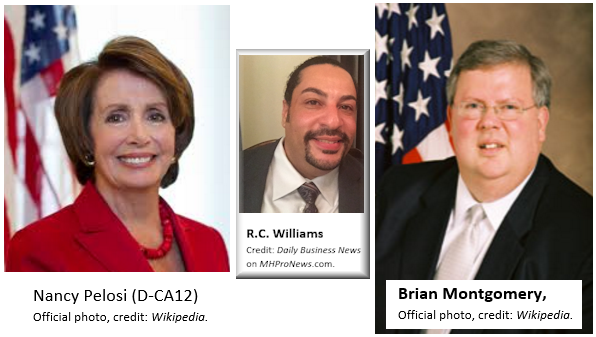 HousingWire reported that Montgomery is one of three top contenders for the number two spot at HUD, the person who historically does much of the day-to-day management, while the secretary of HUD focuses on the big picture and spotlighting challenges.

Speaking about Dr. Carson, Montgomery said. “He’ll be able to elevate the issue in the fact that he’s a household name and has been in the public domain for years.”

Senator Tim Scott (R-SC) is the U.S. Senate Chairman of the Subcommittee on Housing. He also thinks Dr. Ben Carson is a “brilliant choice.”

So, the rags-to-riches celebrity doctor and the celebrity president – each using their respective fame and federal offices – can focus attention on key issues.

That attention in turn may allow the good doctor to do surgery on what he and the president-elect believe needs mending in America, including urban and suburban centers, as well as in more rural areas.

The Federal Housing Administration (FHA) – which is part of HUD – insures some $1.7 trillion-dollars in FHA backed loans on houses, condos and manufactured homes.  By reducing risk, that insurance allows lenders to offer more favorable rates and terms.

FHA lending, as have all housing loans, languished in the past eight years. Yet housing is normally one of the biggest economic drivers of the U.S. economy.

David Stevens, President and CEO of the Mortgage Bankers Association, said “It’s a really bad mix of business sentiment and regulatory overreach that’s keeping this engine from providing what it could to the U.S. economy.”

Stevens was a fundraiser for Hillary Clinton’s campaign, interesting to note before revealing he said that, “[Dr. Carson is] coming in with a great opportunity here to help HUD get back on track.”

Stevens said, “He clearly has the leadership skills.”

“I think Dr. Carson is an intelligent man – he’s a free thinker, he’s a compassionate person, a quick study obviously and I think that he can do the job,” said Henry Cisneros, former HUD secretary during Democrat President Bill Clinton’s administration, per Mornings with Maria on FOX Business.

Mel Martinez, who led HUD under President George W. Bush, said, “Did I know everything about HUD the day I walked in? No.”

“Was I able to learn? Yes,” Martinez said. “You go to school, you learn a lot, but you also surround yourself with good people.” 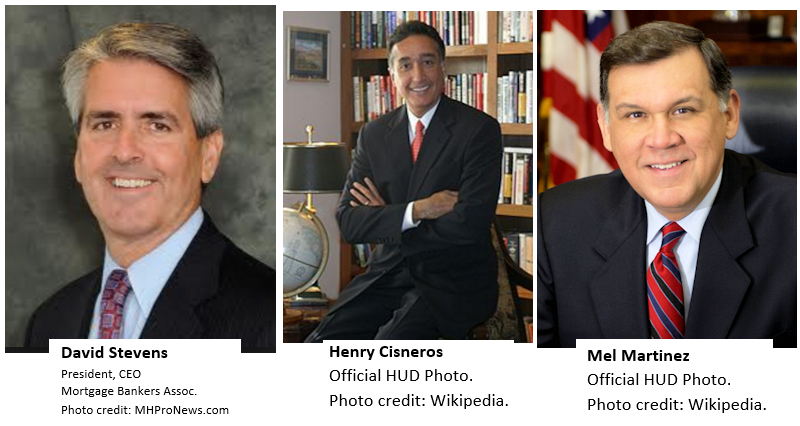 The Dow, S&P 500, Nasdaq and small-cap market Russell 2000 have all hit various records in the last 4 weeks.  The rising market tide paused when the Federal Reserve raised interest rates were on 12/14/2016, but rebounded the next day.  Market watchers are keenly watching the president-elect’s pro-business, pro-job creating plans.

Indeed, companies large and small are reportedly opening their wallets to invest more in businesses that are creating more American jobs. So the outlook for 2017 looks good.

In fact, the National Association of Home Builders reports the highest confidence rate among conventional builders – and the highest single rise in builder confidence – they’ve seen since 2005; more than a decade.

Manufactured home producers are telling MHLivingNews that they too expect to see their 6-year rise in new home sales will pick up steam in 2017.

While some of those anticipated improvements are dependent on the proposed Trump tax cut and simplification package to pass a mostly friendly U.S. House and Senate, others are regulatory based. 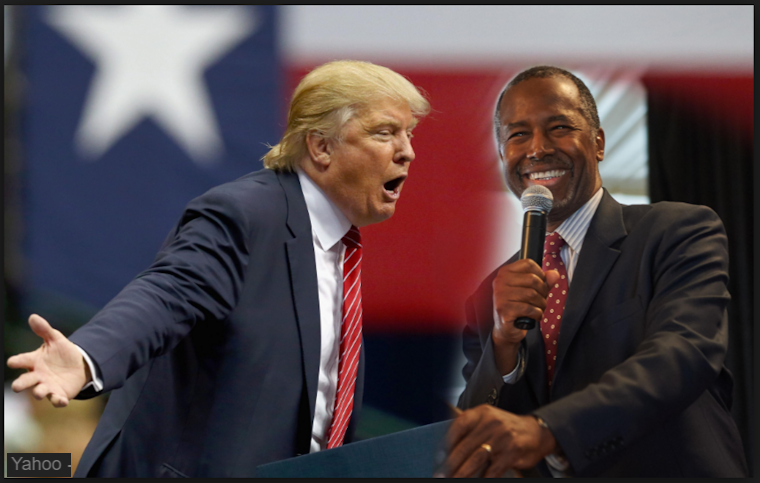 Once President-elect Trump takes the oath of office – and his cabinet picks are confirmed and take office – many of those regulations that have harmed conventional and manufactured housing alike can rapidly be modified.

“Ben Carson has a brilliant mind and is passionate about strengthening communities and families within those communities,” President-elect Donald J. Trump said in a statement. “We have talked at length about my urban renewal agenda and our message of economic revival, very much including our inner cities. Ben shares my optimism about the future of our country and is part of ensuring that this is a Presidency representing all Americans.”

Trump-the-Builder grew up in the housing business, as he reminded the National Association of Homebuilders in Florida in an address during the campaign.

Trump’s family business interests include ties to high-end prefabricated modular homes by famous designers, such as Robbie Antonio at Revolution PreCrafted Homes, as was reported at this link here on MHLivingNews.

So, the president-elect is familiar with conventional as well as factory-produced homes.

Given these facts – and noting that HUD overseas the federal manufactured home program – is it any surprise that both national manufactured housing associations have warmly welcomed Ben Carson as the nominee for HUD Secretary?

“I fully support President-elect Trump’s appointment of Dr. Ben Carson as the Secretary of the Department of Housing and Urban Development,” U.S. Rep. Dennis A. Ross (FL-15) told MHProNews. “I look forward to working with Dr. Carson to improve our housing policies and to help families prosper in the coming months and years.”

“I feel that I can make a significant contribution, particularly by strengthening communities that are most in need,” the modest Carson said in a statement. “We have much work to do in enhancing every aspect of our nation and ensuring that our nation’s housing needs are met.” ##

Soheyla Kovach is a managing member of Lifestyle Factory Homes, LLC – the parent company of an MH Industry veteran, consultant, speaker and the publisher of MHLivingNews and MHProNews – the leading trade publications for manufactured home consumers and manufactured housing industry leaders, investors and public policy professionals who want up-to-date lifestyle and business news.

Share
Previous Mom and I Believe in Manufactured Homes!
Next It looks Cool! But is Richard Perkin’s NoHA the Real Deal in Affordable Housing?