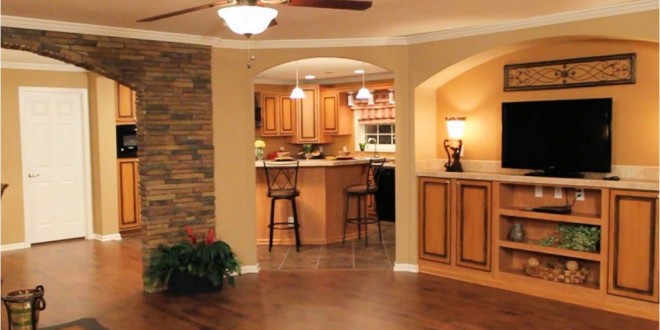 If you want to wear a tent, then one size can fit all. To have something more tailored to you, we have to have the ability to choose clothing that fits your needs, taste and budget. The same is true for homes. One size doesn’t fit all. We must be allowed to choose. Those choices should include financing options that make good sense. We also should have the protected right to free speech.

Congress is scheduled to vote next week on the “Preserving Access to Manufactured Housing Act“  — bill number HR 650. My media and MH Industry contacts tell me that the anti-HR 650 forces are pulling out the stops. They are working the mainstream media, which has had its share of less-than-properly-informed news relating to the MH industry. That lack of balanced and informed insights includes misunderstandings about MH lending.

MH has – broadly speaking – traditional “land/home” conventional mortgage lending, such as FHA, VA or UDSA loans. Those loans mirror conventional housing, and a report from the I’m Home project tells us those MH loans perform about the same as any other loan. A reporter for a major publication told me she didn’t know such mortgage loans were available to MH. That speaks volumes about the lack of understanding in some of the media.

Then there is also home-only financing available. These are also known as personal property or “chattel” loans. This kind of lending is unique to MH. It is a key focus of attention in HR 650.

It is about this popular “home-only” kind of lending that another veteran reporter was asking me about yesterday. For two hours, we discussed the industry in general, and MH lending in particular.

I explained in part that loans on a car, boat or RV will often carry a lower interest rate than a personal property MH loan. Why? Because if an auto, marine or RV loan goes bad for any reason, the cost of repossession is fairly low. By contrast, moving a modern manufactured home that may weigh from 20 to 50 tons or more requires specialized people and equipment.

Contemporary manufactured housing is stronger, safer, more energy-efficient, greener and less costly than conventional housing. Factory-crafted homes offer an amazing array of styles — from durable, quality “shade and shelter,” to residential style homes, to custom multi-million-dollar models for the rich and famous in Malibu. But those are other stories for another day.

A conventional house today has multiple truck-loads of components taken to a building site. How the factory-built home gets to the building site is similar — it’s trucked. Does the fact that trucks brought a “site built” home’s components to a lot make that house “mobile?”

In either case, hardly. Moving on.

Lending is a product or service, and like any other, it has to make a profit or loans won’t be made. What the Fannie Mae and the GAO charts shown on this page prove, is that even with somewhat higher rates on personal property MH loans, the monthly payments are overall lower on MH.

So in most every practial way that matters, MH is more affordable. Don’t we want quality affordable home ownership in America? Do we want to add to the $40 billion in annual federal rental subsidies instead? The U.S. Census Bureau says a manufactured home costs some 50 percent less than comparable on-site building. The video interview we did with an independent MH builder explains how you can get great homes at such an amazing price.

In a video interview we did with Bill Matchneer, JD, prior head of the federal HUD Code for MH construction and safety program, Matchneer said modern MH was 50 percent of the cost, and as well- or better-built than moderately priced on-site building.

One size doesn’t fit all. We can’t force the “round” MH home-only lending “peg” into the same square-hole of conventional mortgages. Over-regulation is part of what caused giant U.S. Bank to pull the plug in 2014 on their MH lending program, even though they were profitable doing it. A former, key U.S. Bank official told me the market conditions and regulatory risks were too great; so they pulled out. Thanks, CFPB.

In a video interview with veteran MH retailer Alan Amy, he told us they would be selling 30 percent to 40 percent more homes if not for current federal regulations. Figuring one job created per each additional new MH home built, Amy’s estimate would equal about 22,400 new jobs we should have, but don’t, due to current regulations. Thanks, CFPB.

Congress, lenders have to be allowed to make money or they won’t lend. There are already laws and market forces in place that give consumers options they desire.

The current regulations are not only forcing community banks out of business, but are keeping more MH lending limited, too. Among the effects of Dodd-Frank is the big banks, those “too big to fail,” are now gaining an advantage over smaller lenders. Thanks, CFPB. But that’s another story. Let’s return to MH!

Who says that the Dodd-Frank act needs a fix? Well, how about Barney Frank? The then Congressman favored a fix for the bill that carries his name.  See the letter from then Congressman Frank, a download frrom the page linked here.

Due to regulations and processing expenses, the cost to “originate” or make a $50,000 loan on a factory-built home is about the same as making a loan on a $250,000 site-built house. There are little or no closing costs on an MH home-only loan. When you factor in the tax, and other money-saving factors, MH personal property lending is more competitive to land-home than a mere interest rate makes it look.

Want to make rates even more competitive? Let the FHFA implement the Duty to Serve (DTS) that was passed in HERA 2008! That law would have given MH lenders access to the secondary markets that keep conventional lending costs lower. The feds stopped that from going into effect, and that, too, costs consumers.

When you muzzle sales people from talking about lending options with customers, which Congressman Walter Jones told me was never the intent of the SAFE Act, you keep MH professionals from assisting customers to better understand their options.

What’s happened to our First Amendment right to freedom of speech?  Here is the full text of Amendment 1 to the U.S. Constitution:

“Congress shall make no law respecting an establishment of religion, or prohibiting the free exercise thereof; or abridging the freedom of speech, or of the press; or the right of the people peaceably to assemble, and to petition the government for a redress of grievances.” (Brown text added for emphasis).

Beyond the free speech issue, I’m told the Mortgage Loan Originators (MLO) test has almost nothing to do with MH lending. So why is it supposed to be so great that consumers be forced to find an MLO that understands MH? Hello? Is Congress listening?

Frankly, I think Congress wants to listen! HR 650 was passed from Financial Service Committee by a wide 43-15 margin, and with good bipartisan support. Let Congress finish the work of making this much-needed fix for Dodd-Frank (DF). Then, let the Senate and the President do their jobs, too.

NAR and Other Support for HR 650

Millions of people are impacted by the sad state of the current law, even though most don’t know it. Loans under $20,000 to $25,000 are not being made this year as a result of DF and CFPB regulations. Most who own older, low-cost MHs don’t even know it, because you don’t sell or try to refi your MH very often. But the law, as it stands, harms the most affordable homes and their value.

Most MH owners won’t learn the facts until they decide to sell. Any Congressmen in a district with tens of thousands of MH residents, a number of whom are negatively impacted by the law, ought to be scrambling to vote “yes” on HR 650.

It is misguided “consumer protection” that forces lenders out of a market they want to serve. It harms millions and costs America jobs and more quality, affordable homes.

After over 25 years of working in the MH sector, having owned and lived in conventional housing as well as manufactured homes, I think I know the product and the people far better than most. We’ve interviewed (spoken to and worked with) thousands of MH owners and professionals. We’ve done more third-party MH video interviews than anyone I know, in part so people can see for themselves how MH owners feel.

The vast majority of MH owners and residents love their homes. It is unfortunate that in the current media climate — where short-staffed newsrooms lack the resources to dig deeply into complex issues, or where the competition for sensational headlines results in biased or shoddy reporting — the real story of manufactured housing, which well serves a vital need, is sadly overlooked.

I’ve posted a new video interview in this column, and we have others in the pipeline from MDs and other professionals, to white- and blue-collar workers. MH is a great option, and the federal government should protect and preserve this option from the unintended consequences of errant regulations.

Don’t let the last-minute full court press (pun intended) of perhaps well-intended, but nevertheless misguided people derail HR 650. It is a bill worthy of support, because manufactured housing has proven to be a good lifestyle for some 20+ million Americans from all economic, social and political walks of life. ##

(Editors note: Our MH trade publications receive no funding from any huge MH building or lending operation. We are politically independent. We believe in happy MH home owners and in treating MH owners and shoppers fairly and with the dignity and respect they all deserve. On MHProNews, we routinely publish articles by legal experts, including a Fair Housing attorney, Nadeen Green. We give voice to affordable housing connected non-profit groups in their own words.

So while we have strong opinions, they are fair, balanced and are aimed at promoting a keen understanding and appreciation of the realities of modern MH that the mainstream media often overlooks.

So we are independent, driven by what we believe are the best interests of home owners and the industry. Thus these are considered thoughts, held out of conviction and understanding of the issues).