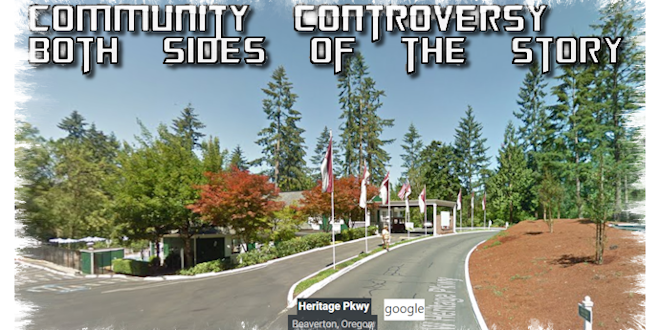 “Northwest Oregon is experiencing a profound housing affordability crisis…has Cal-Am made any efforts to work with the residents…?”

“Without the…operating efficiencies inherent in association…operations, affordability would be an even greater problem.”

“Our efforts represent more than a year-long campaign to improve the Community for the benefit of the homeowners.”

Beaverton, OR. Recent news reports out of Oregon have highlighted an often misunderstood aspect of manufactured home land-lease community living. Residents who had been notified many times of the need to maintain their property protested to their local congressional representative and drew media attention, too.  But what often goes underreported in such stories are key facts that make manufactured home community living appealing to millions across the country and in Canada, too.

Residents who fail to abide by the covenants and rules in HOAs or condo associations may face fines or evictions – and so they often dislike or hate the association that seeks to enforce the rules that they agreed to live by before they moved in.

The majority of residents who live in an HOA want those same rules to be enforced. Similarly, the majority of residents who move into a nice, well-run manufactured home land-lease community want the security of knowing that everyone has to maintain their lawns and property properly. It is a protection for all – home owners, neighbors, management and the community in which a property is located.

The Community Association Institute (CAI) reports that in 2015 there were some 338,000 communities representing 26.2 million housing units in the United States.

The attached CAI annual report states that: “Without the construction and operating efficiencies inherent in association development and operations, affordability would be an even greater problem.” That same kind of incentive for efficiency is found in properly run manufactured home communities. Benefits cited include:

All of these benefits and more are found in well run land-lease communities, too.  The CAI 2015 report is available at this link.

The Oregonian was one of the local media that painted a dim view of Cal-Am’s handling of residents who were being asked to abide by rules that they committed to in writing, prior to moving in.  But the reality is that laws in every state offer a variety of safeguards for manufactured home residents.

This is just an initial snapshot of this issue, which MHLivingNews plans to return to in the days ahead.

But ask yourself this question.

do you walk away with a different sense of the issue and challenges?

The bottom line for now is this. When you hear or read a story, get both sides of the issue.  When you see someone complaining about manufactured home community life, see if far more residents are happy at the same location.

No rational person says that manufactured home living – or any form of living – is perfect.

But when you understand all the issues and options, you may:

…then you are beginning to get the other side of this controverial story. ##