A D.R. Horton model home, in MD. Compare the look of this kitchen with the far less costly manufactured home kitchen shown further below. But go beyond the looks, to the quality. See the report, linked here. https://www.manufacturedhomelivingnews.com/expose-heartbroken-conventional-housing-buyers-dare-to-compare-site-built-with-modern-manufactured-homes/

ABC News did the following exposé about the host of problems found in the conventional “site-built” housing industry.

The above is one of many such videos.  See another example in a local news video, below.

This isn’t to pick on what D.R. Horton, or any other conventional ‘site-builder.’

Rather, we start with a point that the official at the National Association of Homebuilders (NAHB) made to ABC News in the first video above.

Namely, that conventional houses aren’t perfect.  No product made by human hands is perfect.  The graphic below is from D.R. Horton. 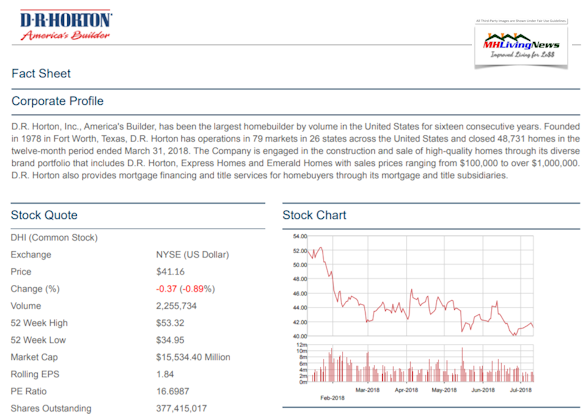 A lack of perfection includes manufactured homes. When you are shopping for homes, do a true apples to apples.  Don’t presume that a conventional house is the better option, until you carefully consider the manufactured home choice.

What makes a manufactured home a far better investment than many might think isn’t just the well documented fact that the Census Bureau says manufactured homes are about half the cost per square foot as site-built, conventional housing. 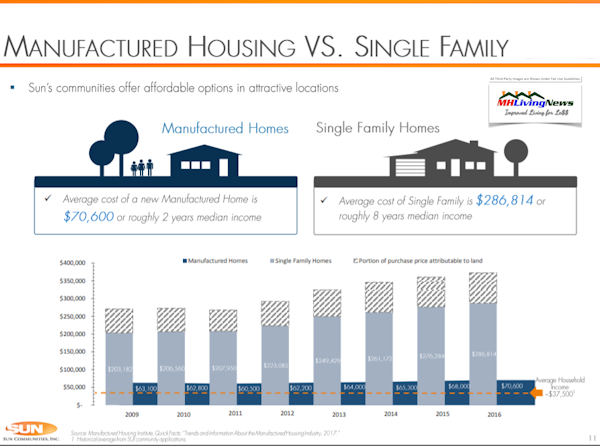 Rather, it’s the fact that the federal government hires third-party inspectors that go to every single builder of modern HUD Code manufactured homes. 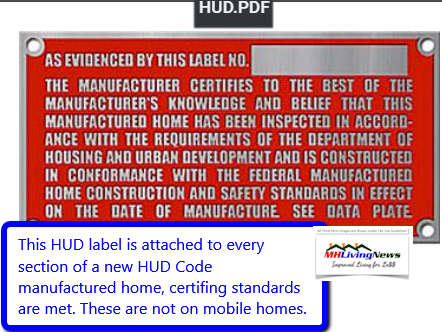 Then, the factories – new manufactured home production centers – have their own inspections.  Customer satisfaction – those third-party inspectors, plus saving money – are strong motives for manufactured home builders  to catch a glitch at the plant, rather than to have to service a home perhaps hundreds of miles away from the factory under warranty.

So, while still not perfect, it’s a savvy system that is good for manufactured home buyers.  Don’t let someone oversell this, because even multi-million dollar housing isn’t perfect. Don’t believe it if anyone mistakenly claims that it is perfect.  But that said, manufactured homes are routinely safer, stronger, more energy saving than the mobile homes built over 42 years ago.

Third party research, by organization’s like Harvard or Fannie Mae, have praised the quality and value of modern manufactured homes.  The National Weather Service storms expert told MHLivingNews in an exclusive that properly installed manufactured homes are far safer than most have been led to believe.

We always want to be facts-and-evidence based on MHLivingNews. For example, it is the federal government’s own data that points to the fact that manufactured homes have a high degree of consumer satisfaction.

Third-party research by Foremost Insurance, plus another independent survey linked here, makes the same point. Customers tend to love their manufactured homes, as the third-party survey linked below also proved.

But again, let’s get into some details that are often overlooked and misunderstood. Because mobile homes and manufactured homes are literally two different things, and the terminology should not be mixed.

The kinds of problems D.R. Horton, and numbers of other conventional builders have over quality and cosmetic issues, are similar to the kinds of problems that caused the old pre-HUD Code mobile home industry’s leaders to turn to the federal government and ask for federal standards.

Rephrased, the industry’s leaders wanted federal regulation. Today, manufactured homes are the only federally regulated form of housing. That gives home shoppers consumer confidence. It also means that the industry’s builders don’t have to worry about a competitor who might be tempted to cut corners.

Good mobile home builders in the early 1970s didn’t want to be branded by the problematic builders of pre-HUD Code homes.

The ‘quality crisis’ of the late 1960s and early 1970s led to exposés by CBS’ 60 Minutes and others that threatened the credibility of the then-booming mobile home business.

Are conventional on-site builders heading toward a similar crisis? Time will tell.

The finish materials may at times be more expensive in a conventional house, because the price points are different. But the structure, safety, and energy standards – plus those dual-in plant inspectors, and the on-site final inspection by states – gives manufactured home owners and buyers increased confidence.

The takeaways for home shoppers and manufactured home owners are many. But let’s just look at a few.

1)     Even though conventional housing is about double the price, per federal Census Bureau data, manufactured homes are as safe against fires as conventional housing. Who says? The National Fire Protection Association (NFPA).  That house blaze below in the story linked below is an expensive, conventional house.  It should be noted that the mobile homes that haven’t been built in over 42 years in the U.S. did have a higher incidence of fire than manufactured homes do.  It’s another example of why the terminology and age of the home matters.

Keeping the Home Fires from Burning: Fire Safety and the Modern Manufactured Home

2)     A growing body of research reveals that manufactured homes can appreciate, for the same reasons as conventional housing does. A prior interview with a manufactured home owner in a community made that point in a previously published report, linked below.

3)     The quality and inspections of manufactured homes rivals or exceeds that of conventional builders. See the interview with the realtor who’s husband is a custom builder, linked below.

4) A Florida Atlantic University Professor said that manufactured homes can be a better option than rental or conventional housing, in terms of investments.

None of the linked interviews or comments by experts or home owners was paid by MHLivingNews to say what they did. Rather, they were all people who spoke their minds, motivated to tell the facts as they know them.

In Europe and Japan, a far higher percentage of housing is factory built. See that related video, linked below.

Shopping for a new home? Consider the most inspected class of new homes being built in America. The ones that save time and money.

But whatever kind of housing you are considering, make sure you do local research in the market you want to buy that home. See what others said, see if there are any possible hidden agendas in the commentary by others about a builder or lender.

Nothing is perfect on earth, but there’s a high degree of confidence Americans can find in contemporary manufactured homes.  That’s what the evidence reveals. ## (Lifestyle news, factory built home news, analysis, and commentary.)