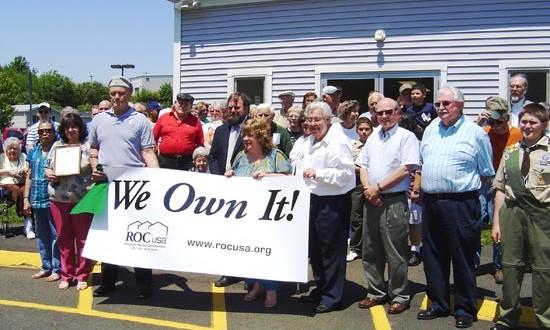 ROC USA Founding President Paul Bradley said that with an audience of more than 12 million, the piece goes a long way toward raising awareness of the Concord, N.H.-based social venture.

“We’re already seeing a boost from the broadcast,” Bradley said Thursday. “Four community owners, three investors, one reporter, one academic and dozens of friends heard the story and have been in touch this morning.”

The segment, reported by New Hampshire Public Radio’s Dan Gorenstein, features all aspects of the industry and tells a compelling story through the eyes of two owners of manufactured homes – one in an established resident-owned community in New Hampshire and another in a cooperative in the process of converting to resident ownership in Massachusetts.

“We can talk and talk about the real benefits of resident ownership, but it’s the stories from homeowners like Judy Stoddard and Gary Thulin that really bring it home for folks,” Bradley said. “The opportunity to effect such tremendous, empowering change in people’s lives though social investment is one that capital providers are now realizing on a larger scale.”

ROC USA is a social venture with a mission to make resident ownership of “mobile home parks” and manufactured home land lease communities viable nationwide. In operation since 2008, ROC USA has helped 35 resident corporations – co-ops in most states – purchase their communities. In the process, these resident groups have preserved nearly 2,200 affordable homes in 12 states. To learn more or to hear the NPR report, go to http://www.rocusa.org and click on the breaking news tab.