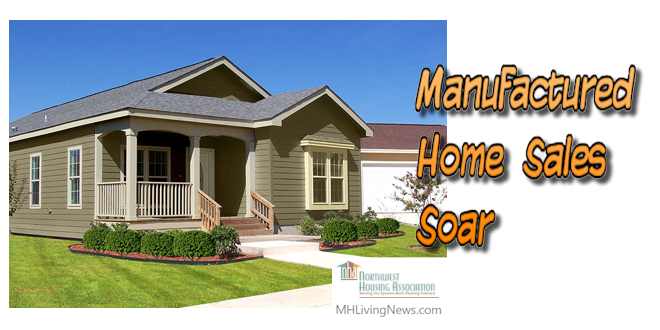 The Northwest Housing Association has announced that manufactured homes sales in the state of Washington have increased 47 percent year-to-date in 2016. According to the association, this completes a big turnaround over the last decade.  In the wake of the 2008 financial meltdown, demand dropped from 3,000 manufactured homes per year to less than 600.

Per Curbed Seattle, reasons for the renewed interest in manufactured homes is credited to the improving economy, a growing need for affordable housing, and improved financing options coming out of the recession.

Information from the Northwest Housing Association shows that in 2015, some counties in the state reported that manufactured housing accounted for about one-third of all the new housing permits issued in unincorporated areas, and one out of every 20 new home permits in Washington was for a manufactured home.

Fifteen Washington counties reported that 20 percent or more of new housing permits in unincorporated areas were for manufactured homes.

MHLivingNews reported recently on the key to finding great value in hot housing markets, such as Washington states. ##