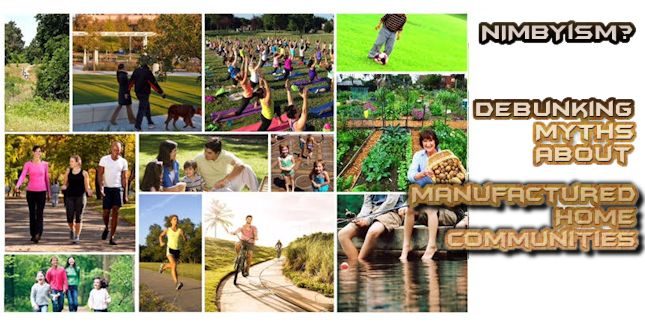 ”…the study finds no significant difference in population-weighted crime rates between blocks with mobile home communities and other types of residential blocks.”

Del Valle, Texas. Near the state capitol of Austin, TX is Del Valle, where city staff recently recommended the approval of a zoning request for a new manufactured home community. In spite of the staff’s favorable recommendation, the Zoning and Platting Commission voted the change down. Neighbors complained of concerns like, “We don’t want that increased vandalism, that increased crime out there,” said Patricia Burton, as reported by the Austin Monitor.

Burton is the president of a home owners association for the nearby Los Cielos subdivision. There were concerns like increased traffic, overcrowded schools and fears over a drop in property value that were raised.

Commissioner Betsy Greenberg told the Austin Monitor the next day, “The fact that people are poor doesn’t make them criminals.” She added her parents’ property value was not harmed by a nearby MHC, and criticized the other commissioners for their stand.

Najib Wehbe, the property owner for the proposed development, had his agent, Alice Glasco, state he was prompted to develop an MHC because the Cactus Rose Mobile Home Park was closing for redevelopment. He was willing to accept homes from that closing community.

Seven commissioners did not respond to the slam about crime in MHCommunities, focusing mostly on traffic and flooding, and they voted to deny the application while approving the ten acres for small, single-family lots, SF-4A.

D.J. Pendleton, Executive Director of the Texas Manufactured Housing Association (TMHA), said it’s unfortunate that manufactured homes and the people who live in them are so unfairly characterized. Pendleton told MHProNews, “the trouble is many of these same opposing views were fine with single family, or as one commissioner mentioned, multifamily projects for the exact same 10 acres.”

Pendleton added, “Like for so many diversified housing development decisions that fall short politically not from logic or sound argument, but rather those who would tell you they are for affordable housing options, just Not-In-My-Back-Yard (NIMBY-ism).”

“We don’t have enough public housing to fulfill our needs,” says manufactured home industry expert Lisa Tyler, Ph.D. of Paris, Tennessee. “Manufactured housing presents a solution. It’s inexpensive, energy efficient, and a great value. There’s a lot of opportunity for growth in the industry, but a lot of obstacles, too.”

Tyler has the distinction of being the first Ph.D in United States over a decade whose dissertation was focused on manufactured housing, so her research on MH related issues is current.

‘No’ to One MH Community Development, ‘Yes’ to Another Nearby…?

Roberts said, “I feel that for new manufactured home zoning to be approved, a developer needs to prove that their MH development can be just as nice as the entry-level site built developments out there today. We were able to zone 600 new MH lots in Austin because we were able to show council examples of other existing communities we own that are as nice as site built communities next door. We also had existing resident come speak on our behalf about the positive experience they have had living in their manufactured home community.”

While acknowledging the good intentions of the developer in offering to create sites for relocating existing but older factory-built homes, Roberts stated, “I think that when a developer talks to neighbors and city officials about allowing older homes to move into a development they might see the need to help displaced homes but they do not want it to be in their neighborhood.”

Roberts concluded his comments by saying that, “Manufactured housing offers one of the best affordable housing option to hard working families but for our industry to break the negative stigma; we need more developers willing to develop communities that are comparable or better then competing site built developments. We are developing our next 600 lot manufactured home community in Austin to crush anything that site-built developers have to offer. When we go back to the city of Austin for another zoning case, we hope to use this development as our new case study of how great manufactured housing can be.” ##