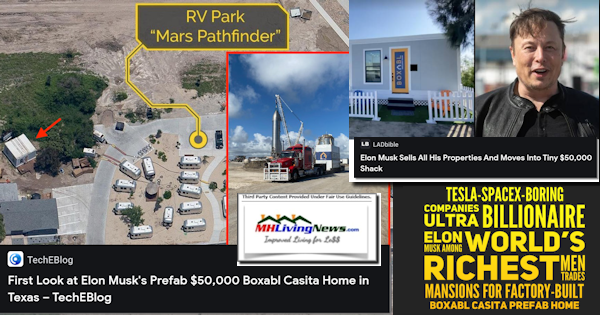 Elon Musk is certainly an unconventional person in several respects. The well-known and periodically controversial co-founder/executive of Tesla, SpaceX, Boring and other high tech companies announced via Twitter last year that he planned to divest himself of several high end homes/mansions. In their place, he has reportedly moved into a Boxabl brand Casita model PreFab. A PreFab – or prefabricated home – is built in a factory and transported to the location where it is installed for living purposes. The prefab home is reportedly owned by Musk’s SpaceX and is located about an hour’s drive from Harlingen, TX.

Just one stipulation on sale: I own Gene Wilder’s old house. It cannot be torn down or lose any its soul. 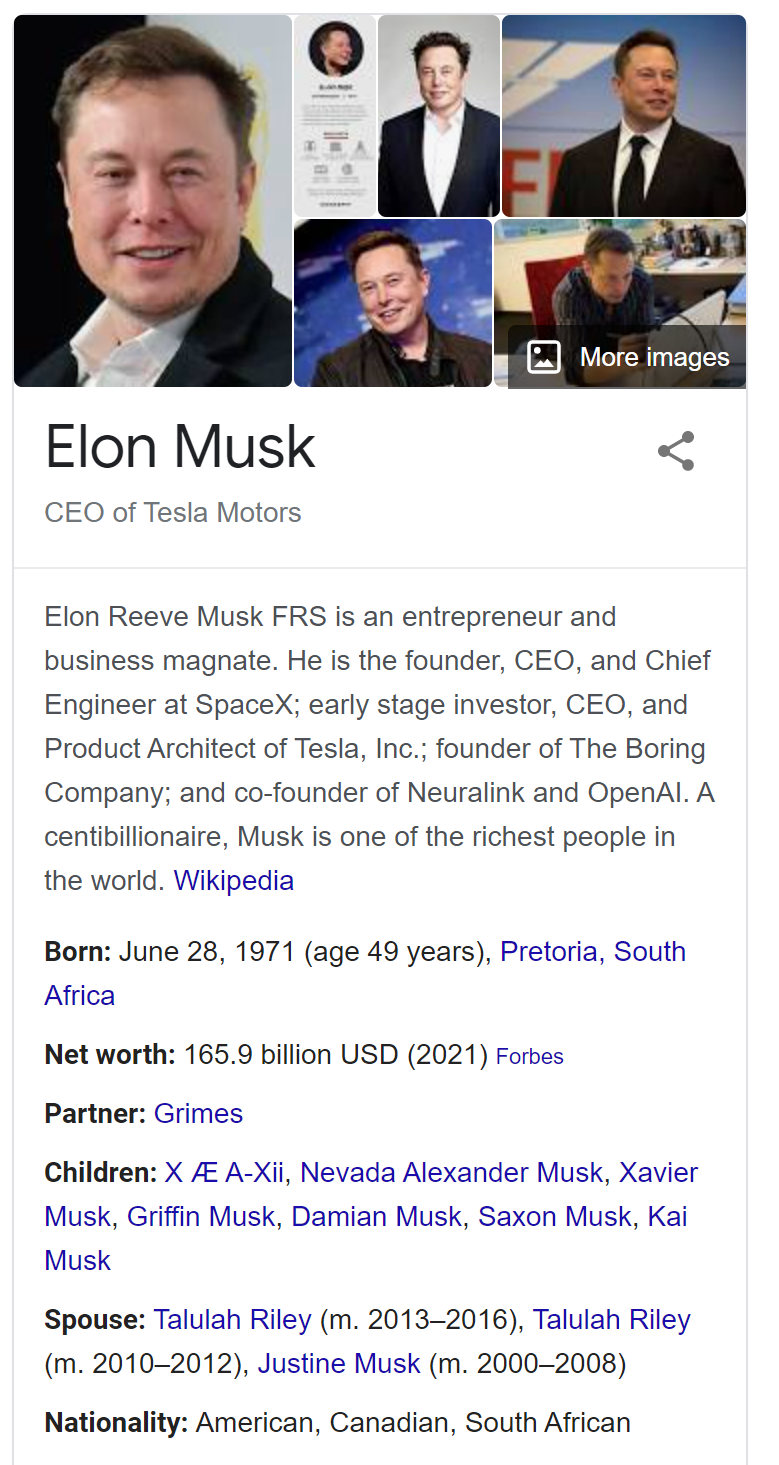 A PreFab, like any modular or manufactured home, requires utility connections. So, the reported cost of some $50,000 is unlikely to include the foundation or other site preparation items like utilities. For reliable definitions on factory built housing, click here.

According to Teslarati, the Boxabl is located near the SpaceX headquarters, in Starbase, TX.

From the top of Starbase high bay pic.twitter.com/kRtJBrwrqW

According to Vanity Fair, this is a list of the homes Musk had sold as of January 5, 2021. Following his tweet above, “eight months later, Musk is making good on that promise, completing the sale of his last three homes all located in a Bel-Air cul-de-sac for a combined total of $40.9 million, according to The Los Angeles Times. The Tesla founder sold a contemporary 9.309-square-foot mansion with six bedrooms and seven bathrooms for $29.72 million, about $5.5 million more than he paid in 2016. He also sold a Colonial-style home for $6.77 million, roughly $375,000 more than he paid in 2019, and a third small property for $4.43 million. The deals on all three houses closed just days before Christmas.

The offloading of these homes brings Musk’s total California real estate sales to seven after listing all of his properties on Zillow “for sale by owner” for a combined $137 million.”

The last of the houses/mansions he pledged to sell closed recently.

Yeah, sold my houses, except for 1 in Bay Area that’s rented out for events. 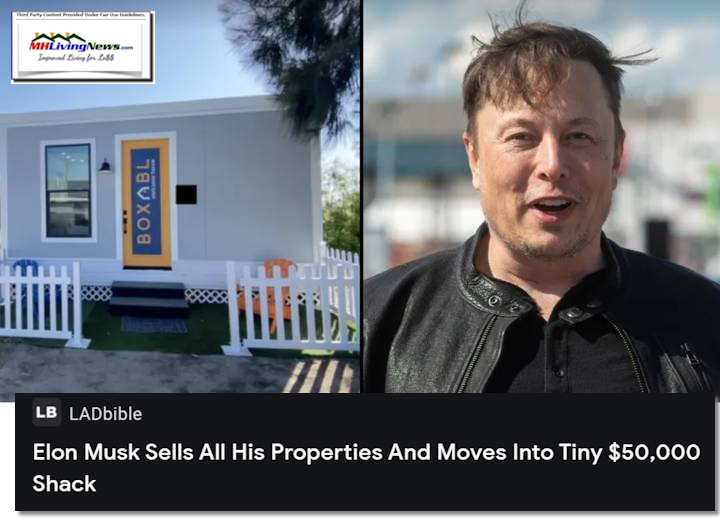 According to Business Insider on June 14, 2021: “Musk has repeatedly said he plans to sell most of his possessions, including all his houses, to fund a colony on Mars. He has said he wants to send 1 million people to Mars by 2050.

It follows a ProPublica report last week that said Musk, the CEO of both Tesla and SpaceX, paid $455 million in taxes from 2014 to 2018. His wealth grew $14 billion over the same period.”

In the tweet below, one of those units is being shown towed by a Tesla Model X, but it includes the disclaimer that this is not recommended.

Specifics on Musk’s new digs are sketchy, based upon several tweets and mainstream media reports that offer few details. A common claim is that the Casita PreFab cost about $50,000.

That may mean that the unit is something like the one shown in this Boxabl Casita video from the 2020 International Builders Show (IBS). The promotional video below says the unit sold for 50k at that time.

Boxabl is clearly capitalizing on the publicity that they are getting from this sale to Musk’s SpaceX. That only seems fair, as Musk and his colleagues are clearly benefiting from government contracts and federal and other tax incentives. That’s another story for another time.

The reality is that the vast majority of people who consider a ‘tiny house’ like a Boxabl, or any other brand, never buy one. 400 square feet or less is just not most people’s notion of the American Dream.

Besides tiny houses, far more – per RV and other sources – are living full time in some form of recreation vehicle, either towable or motorized. For example, “Approximately 1 million Americans live in recreational vehicles full-time,” said CondoFerries, citing 2020-2021 data. The Washington Post has reported the same one million people in the U.S. living full time in RVs estimate.

By contrast, there are 22 million Americans living in a pre-HUD Code mobile home or a post HUD Code manufactured home. To learn more about those options, click the new infographic above and the video enhanced report linked below.

In conclusion, while Musk did not by a manufactured home, many millionaires, stars, and the famous have purchased such homes for full time as well as getaway or vacation home purposes. If factory-built housing is good enough for some of the world’s wealthiest people, it certainly should be good enough for thee and me. Speaking for myself, I’ve spent about half of my adult life in a manufactured home. Speaking form experience, “You can live better with less stress when your living costs less.” ©