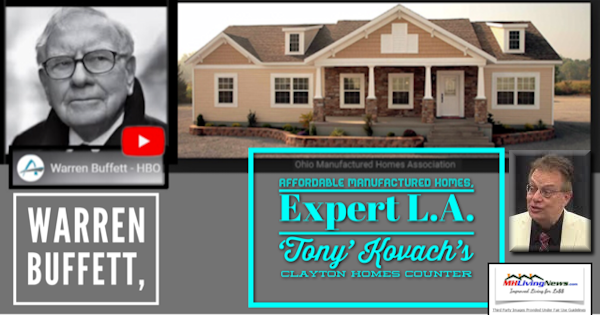 Imagine any honest and legal profession. Each one exists because of some necessary or desired function served.

Here’s how the Reverend Martin Luther King, Jr put it. 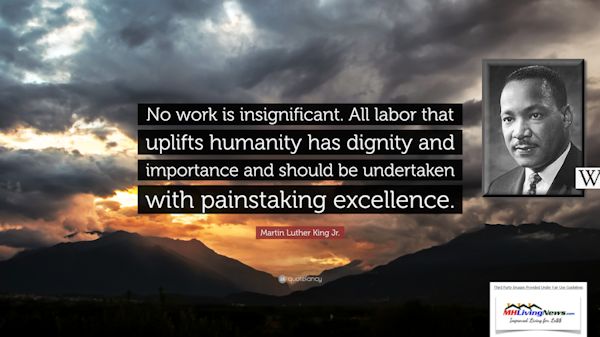 Here is how coach Vince Lombardi phrased it to his players.

With that backdrop, it becomes clear that everyone in society can perform some good, useful, and positive function.

What Makes Someone an Expert?

Set the dictionary aside, and let’s identify three elements for expertise. Understanding, experience, and success within the scope of that person’s professional duties would be a fair way to describe an expert. The star player on a minor league team perhaps hasn’t been ‘discovered’ yet by the majors, but may still be a locally respected as an expert team member. That principle applies to other honest fields of endeavor too. An office manager, for instance, may be a super-star and expert known and respected by many in a given locale.

Warren Buffett is a widely – globally – known as an expert in investing. But his reputation is becoming increasingly questioned. Let’s set that aside for a few moments, but note that there is little doubt about his vast wealth or that it was earned by investing.

HBO did a documentary on Mr. Buffett, which is posted further below. It obviously had his cooperation. It and is mostly a puff-piece, designed to make Buffett look good. He is on camera in numerous scenes.

There are those who fawn after Buffett, as if he can do no wrong. Yet, the reality is that Buffett himself admits mistakes. That’s fair, as who among us is error free?

Buffett attributes his success to several factors. One is study. He says he reads 5-6 hours daily. He then spends time with people on the phone or in person, discussing various issues. He has available to him top people in their fields.

Here are two principles Buffett has identified, among many, per Minterest.

Here is a video in which he spoke about manufactured homes. But as you watch, did you notice that he doesn’t directly answer that person’s question that sparked Buffett’s remarks?

Our publisher L. A. ‘Tony’ Kovach is a widely acknowledged expert on manufactured homes and the industry at large, as the video clips below of examples of praise from others in the industry reflects. 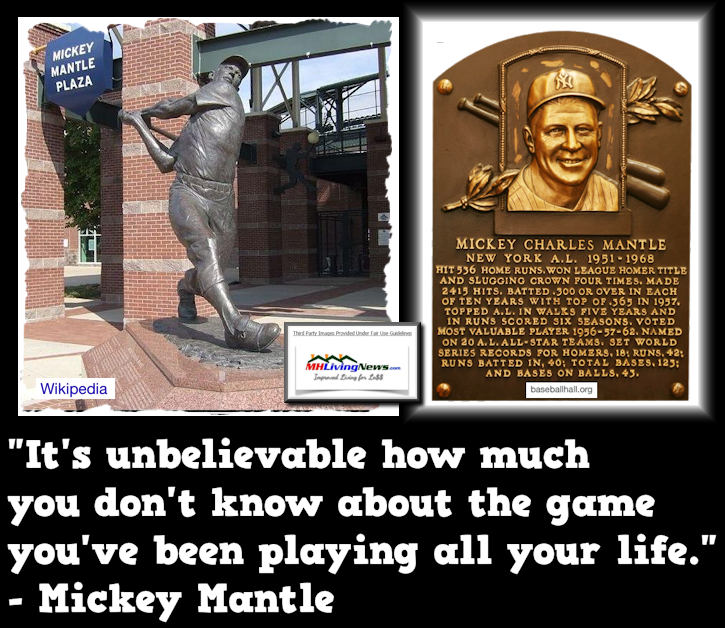 Yet, Tony candidly admits that his understanding of Warren Buffett, Clayton Homes, and the Manufactured Housing Institute have all evolved in the light of evidence and events.

While his enthusiasm for specific personalities or operations has waned given emerging facts, Tony Kovach’s belief in the manufactured home industry has not wavered.

“One must be willing and able to separate the wheat from the chaff,” Kovach has said. “One might agree with Warren Buffett on some principle – such as investing for the long term in a product or service that has an enduring value – as manufactured homes do. But that wheat-like point doesn’t mean that every tactic used by his Berkshire Hathaway owned brands are ethical, or perhaps even legal. Questionable actions are like inedible chaff, to be tossed out or used for something other than human dietary purposes.”

For the better part of the last few years, MHLivingNews and our sister site, MHProNews have scrutinized Berkshire’s manufactured housing brands businesses practices and activities. Expert eyes examining the behavior, patterns, money trail, and evidence have led to some surprising conclusions.

Among them are specifically how Clayton – by using or limiting access to financing in an allegedly weaponized fashion – crippled, absorbed, or killed off businesses that in some cases operated successfully for decades.  Many of those competing firms had a good overall reputation. See the documents and other evidence in the report linked below.

All that may be true. But the Oliver satirical video failed to distinguish between others in the industry who don’t engage in such problematic behavior. In fact, a close look at what Oliver’s video said makes it clear that residents of communities enjoyed their homes and lives – until a problematic operation bought them out, and changed things in their neighborhood in troubling ways.

During this past Easter weekend, several newspapers in Florida ran the following letter by our publisher, L. A. ‘Tony’ Kovach. That letter – posted further below – ran in the cities and links as shown:

A source with one of those papers told MHLivingNews that they decided to run the linked letter only after they verified several of the various claims made in Tony’s letter. Rephrased, they fact checked the claims before publishing it.

That’s a good third-party check on what follows.

The sole change in the letter as shown below versus how it was published in the links above is that the version that follows links published sources for key points made. Note that the headline was supplied by their editor to read as it does between the — marks, below.

John Oliver’s recent video slamming predatory businesses involved with “mobile homes” was going viral, even as residents in Bryan, Texas, were fighting for their rights to place a manufactured home on land they own [“Last Week Tonight,” April 8].

Another viral docudrama video is “Seattle is Dying.” It makes the sobering point that when people have no affordable housing, tents, cars and cardboard boxes are what people who can’t afford housing end up with. Life becomes depressing. In that video, police say nearly 100 percent of the homeless do drugs or drink. The cycle of hopeless poverty ends up with spikes in property crime.

Nearly one in four housing units in the Lakeland-Winter Haven area are a mobile or manufactured home. That’s good. Seattle teaches America that failing to protect affordable manufactured homes means that fine conventional neighborhoods there now share sidewalks with the homeless. How does that help property values?

Let’s hold those responsible accountable, while embracing the good that manufactured homes do for millions of our fellow Americans.

Buffett has cultivated an image of an ethical investor. Certainly, one could imagine an ethical atheist. But it is easier to picture someone who believes in Hell as well as Heaven behaving in a moral manner. That isn’t to imply that ever believer is perfect, that’s clearly not the case. But those who believe in life after death that includes a judgment where the serious sinner is condemned forever to hell has a kind of a natural check on problematic behavior. America’s founding fathers believed that to be true. Here’s an example of that point.

Near the end of this HBO video on Buffett, he admits he is an atheist. It is only after that is revealed that a list of often controversial causes he supports is shown.

If one wonders why people do, what they do, an understanding of what they truly believe in can be useful. It must also be noted that people can and do change, for good or ill.

The problematic business practices alleged against brands owned by Buffet-led Berkshire Hathaway ought not to be an indictment on everyone in the industry. You don’t toss out the baby with the proverbial dirty bath water.

Before you do business with any firm, do your homework. Finally, even if every charge against Clayton, MHI, or certain brands mentioned by Oliver’s video were 100 percent accurate, that doesn’t mean that there aren’t honest people working for them. Some of our better sources are from within those groups, and they inform us precisely in an effort to try to correct problems that they see.

A thinking persons don’t allow the bad behavior of a few in a profession to besmirch the reputation of all in that same field.

The bottom line today is this. Someone needs to stand to articulate the facts that support the interests of manufactured home owners, and the industry’s honest, independent businesses. Expect an expert Kovach counter to any problematic purported issue that Buffett, his allies, or others may present to those who want, need and honestly benefit from modern manufactured housing.  “We Provide, You Decide.” © ## (Lifestyle news, commentary, and analysis.

(Third-party images and citations are provided under fair use guidelines.

Soheyla Kovach co-founder of MHLivingNews, (pronounced like Co-Vatch like a watch with a V) and is a managing member of LifeStyle Factory Homes, LLC parent company to this platform and MHProNews.

Clicking on text-image graphics will take you to that report.

“The Illusion of Motion Versus Real-World Challenges”