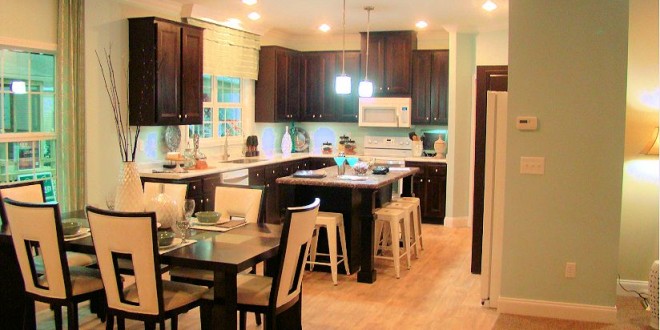 When I took over the duties of General Counsel/VP Government Affairs to MHI, I jumped into a firestorm of issues in Congress that consumed most of my time. My study of the industry was done in bits and pieces. Having worked the issue for Congressman Jim Bunning, I had a baseline of (albeit dated) knowledge. Thus attending the 2014 Louisville Manufactured Housing Show was a welcome relief from my duties in DC, where I could focus on getting a grassroots picture of the challenges facing MHI’s members.

If you attended the show, and I did not get to meet you, I was the guy wandering around the convention floor asking all the questions. Some of my questions were built upon my background in finance (thanks to Kolman Bubis for explaining the nature of financial covenants in large commercial finance transactions). Other questions were so elementary that probably made those I asked blush at their simplicity (thanks Joe Stegmayer for patiently explaining to me that the modest gap at the bottom of the interior passage door on a manufactured home is for air flow).

In the 70’s I lived in a pre-HUD Code “mobile home.” One of my many memories of that place is how badly it shook when you walked around. When I stepped onto the floor of the first model I toured in Louisville I abruptly stopped three or four steps in. The company representative in the home asked if something was wrong. “It doesn’t shake,” I said. He took a great deal of time explaining the improvements that made been incorporated into the manufacturing process, making his product as stable as any site-built home. I ended up touring every home on the convention floor – marveling at the innovation in architecture – and impressed by the attention to detail in the quality.

As I wandered through master suites and custom kitchens, I bounced a little as I walked to see if the floor would shake. Nothing.

As I drove home from the show, my thoughts kept wandering back to the sturdy nature of the floors. That’s when it hit me – this is an industry with a strong foundation upon which to build future success. I told my wife, I’d gladly move into any number of these homes tomorrow. Well built, appealing designs, energy efficiency, what’s not to like?

As I continue to travel around to shows and conventions, I look forward to meeting more folks from the industry. I’ll be the one asking all the questions and bouncing as I walk. ##

(Editor’s Note. Rick Robinson is the new General Counsel/Vice President of Government Affairs to the

Manufactured Housing Institute (MHI). Robinson is also an award winning author of a number of books, see AuthorRickRobinson.com for details. MHProNews.com recently did an interview with him, A Cup of Coffee with...Rick Robinson. Having shared breakfast and lunch with Rick, and read the book at the right, let’s say it. This is one sharp dude.)

The First Mobile Housing? Gathering Together to Give Thanks

If you don’t already know the term, now is a good time to look up …