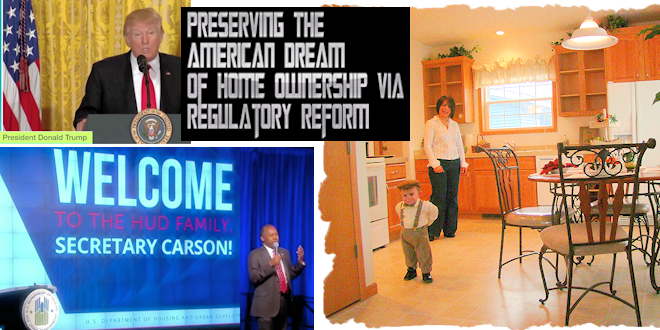 Millions of Americans want the dream of home ownership to become their reality.

More than half a century and trillions of dollars in spending have demonstrated that the noble intentions of the federal “War on Poverty” launched by President Lyndon B. Johnson has failed to move the needle. The poverty rate remains about the same now as then.

A key part of the solution ironically lies buried at the Department of Housing and Urban Development (HUD), the agency that Dr. Ben Carson now heads.

In his early days as HUD Secretary, Carson has spoken of private-public partnerships.

President Donald Trump has promised to fight for the forgotten Americans who elected him. The president also vowed to “drain the swamp” in Washington, D.C.

The president wants to create millions of jobs. He has started an aggressive agenda of regulatory rollbacks, that is sparking new economic activity and confidence.

Even after months of often biased or agenda-driven attacks, a recent survey by ABC News/Washington Post says some 96% of those who voted for President Trump say they’d do so again.

The Solution Is Hiding in the Open

Into this seemingly complex political, media and special interests dynamic are two members of an organization which cheers the president, and are begging Secretary Carson to look within HUD for the surprising solution that is hiding in plain sight.

Manufactured housing is federally regulated, and two officials of the Manufactured Housing Association for Regulatory Reform (MHARR) want it to say that way.  But MHARR’s leadership also want the kind of reasonable regulations that President Trump is working to deliver. They are calling on Secretary Carson to meet with them as part of his listening tour, and fully implement a law that was passed in 2000. 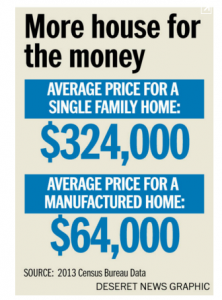 In this Inside MH Road Show video, MHARR President and CEO, M. Mark Weiss, JD – along with his adviser and prior association leader – Danny Ghorbani, applaud the new Trump Administration.

They are also asking Secretary Carson to look into how applying his and the president’s own words and promises could unleash billions in private capital solutions to the very real crisis of affordable quality homes.

MHARR says they believe the Manufactured Housing Improvement Act of 2000, which HUD administers, has often been abused, ignored or neglected by federal officials and their contractors.

After decades of effort, it’s clear that the federal, state and local governments can’t solve the affordable housing crisis. The private sector, “unshackled” as Weiss states, could do so.

The second video on this page provides a brief glimpse into the realities vs. the outdated myths about manufactured homes, as seen through the lens of actual home owners and experts.  In recent months, Time has joined Bloomberg, Realtor, HousingWire and Fox News on spotlighting the opportunity for solving the affordable housing crisis via a proper use of today’s manufactured homes.

Via implementation of the law – something that Vice President Mike Pence and President Trump have said they will do – millions of good jobs could be created, while the private sector provides the kind of quality affordable living that are at the heart of the American Dream. Investors, home seekers and cash-strapped governments could all benefit.

That is what MHARR wants to accomplish. Will “the swamp” at HUD – or the new administration – win? ##

(Image credits are as shown above, and when from third parties, are shown under fair use guidelines.)